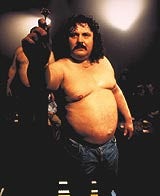 The British Darts Organisation (BDO) is restructuring its sponsorship package and moving away from its beer and cigarettes image.

From 2004, once the Tobacco Advertising and Promotion Bill becomes law, the BDO will have to replace the present sponsor of the World Championships, Imperial Tobacco.

The BDO is considering replacing its existing sponsor, Imperial’s Embassy brand, with up to four sponsors. It wants to target companies in leisure and service industries in an effort to appeal to families.

The BDO has banned darts players from smoking and drinking during tournaments in order to move away from its old image.

A spokesman says the BDO may have to find up to four sponsors to generate the same amount of sponsorship money received under the “very valuable” Imperial Tobacco deal.

The rolling sponsorship has been running for 25 years alongside coverage on the BBC. The BDO would not give financial details of the sponsorship.

Holmes says the sponsorship market is competitive and that a government taskforce set up to find sponsors for sporting events once tobacco sponsorship is banned has been “largely ineffectual”.

He says: “All the other sports are knocking on doors searching for sponsorship money, but there’s only so much going around.”

The BDO is trying to appeal to the Government for an extension of its Imperial sponsorship until 2006 to get the most out of the deal.