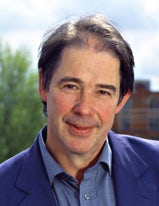 Environmentalist Jonathon Porritt has told the travel industry that Mediterranean beach holidays and European ski trips will become a thing of the past in 20 years because of the impact of climate change.

Porritt says a “business-as-usual mindset” is no longer acceptable and that companies will be forced to adopt more sustainable practices. He adds that he supports carbon offsetting, saying that it is currently the only way of reducing the impact of aviation on the environment.

The founder and director of charity Forum for the Future told the ABTA convention in Tenerife: “There is a lot of scepticism about offsetting, but there is no way that international travel can do what it wants to do unless it gets very good at the right kind of offsetting.

“It is going to take a long time to reduce the footprint of flying through technology, so in the meantime we will have to use those offsets.”

Porritt adds that climate change is already making the Mediterranean a less attractive destination for holiday-makers and that the ski industry is literally in meltdown.

He praises travel brand First Choice for its efforts in promoting offsetting, but says companies should do more to raise awareness of the issues.

“More people don’t take foreign holidays because they don’t like airports or because they can’t get a good cup of tea, rather than because of green issues,” he adds.