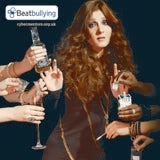 A network of partner websites allowed young people, parents, teachers and brands to sign a petition asking for Government help to protect children from bullying, violence and harassment. Three weeks before the event, the petition had already gained over 250,000 signatures.

To maintain support for the campaign once the petition has been submitted, the charity is building an outsourced database of supporters and will use it to drive email broadcasts. Data quality from the outset is seen as an important dimension of the success of this ongoing marketing activity.

Sarah Dyer, director of new media at Beatbullying, says: “It is absolutely vital for charities such as Beatbullying to constantly seek innovative ways to engage Government, as well as the public. The Big March has already attracted thousands of signatories and we are very grateful to all our partners for all the support they have given us. And the database work we are doing will help us to keep in touch with all our new supporters to keep the campaign momentum going.”

Among the brands supporting the campaign by hosting the petition during Anti-Bullying Week are Facebook, Google, MTV, Robinson Fruit Shoot, Pom Bear, Mumsnet and AOL.