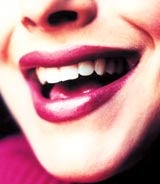 Ten years ago, Beiersdorf almost completed the task of buying back the Nivea brand from markets around Europe. The skincare brand, which launched in the Twenties, was expropriated from its German owners at the end of the Second World War and its assets and trademarks sold off. Beiersdorf spent the post-war years reacquiring the brand, and over the past decade has successfully launched it into developing markets and new areas, such as haircare, deodorants and even make-up. Its simple blue and white branding and family appeal have transferred into other areas and it has grown into one of the world’s strongest personal care brands.

But now it looks as if Nivea may come under foreign ownership once again. Reports that the majority shareholder in Beiersdorf has put its stake up for sale have sparked rumours that L’OrÃ©al, Procter &amp; Gamble and Johnson &amp; Johnson are eyeing the company.

L’OrÃ©al refuses to comment on rumours it is launching an £8.2bn bid for Beiersdorf. But analysts see strong commercial logic behind such a deal. Sandy Raju, an analyst at Merrill Lynch in London, believes Beiersdorf would make a good fit with L’OrÃ©al. “Beiersdorf has been a great company at driving the Nivea brand, which has grown by an average of 13 per cent in overall sales each year over the past 10 years. This has been helped by extending the brand into additional categories in Europe,” she says.

L’OrÃ©al’s skincare ranges tend to be more premium, she says, and getting hold of Nivea would give L’OrÃ©al a stronger position in the middle market. “It would be a very powerful western European company if it combined the market share of L’OrÃ©al with that of Nivea.” However, others have pointed out that L’OrÃ©al is stronger in the middle market than many acknowledge, and that Nivea competes head on with some L’OrÃ©al skincare ranges.

A deal would enable Nivea to expand in North America, where L’OrÃ©al already has a strong presence. Beiersdorf has struggled with US expansion because it has lacked the scale necessary to get listings in retailers and to run heavyweight advertising campaigns.

But a L’OrÃ©al takeover would be complex. Beiersdorf is 44 per cent owned by insurer Allianz, which has put its stake up for sale. Minority shareholder Tchibo, the German coffee shop chain with a 33 per cent stake, is also thought to have cash to buy out Allianz, following the sale of its Reemstma cigarette interests to Imperial Tobacco. But L’OrÃ©al would only be interested in buying the whole of Beiersdorf including Tchibo’s stake, holding out the prospect of a bid battle between the two. L’OrÃ©al would also face competition issues in some countries and may have to sell off some of its interests to get a deal past the authorities. For these reasons, some discount L’OrÃ©al’s bid.

Beiersdorf claims that Nivea is the world’s number one skincare brand. Last year, it accounted for more than half of the company’s turnover of E4.5bn (£2.8bn), with the rest made up of the Elastoplast range and other smaller brands. Its growth over the past decade has come from expansion into the UK, Russia, China, Korea, South Africa, Ireland and New Zealand, among other markets.

In the UK, Nivea occupies third position in the skincare market with its Visage range, behind top seller Oil of Olay from Procter &amp; Gamble and the number two, L’OrÃ©al’s Plenitude. Figures from Information Resources, seen by Marketing Week, show the mid-market skincare sector grew by 11 per cent in the year to April 2002, taking its value to some £250m.

According to Oliver Devine, marketing manager of rival skincare firm Accantia, which markets Simple, the number five brand in the market by value, Nivea has performed strongly over the past decade but it has weak brand values and can only support its position through heavy promotion. He says: “Beiersdorf has deep pockets and can spend heavily on advertising. The products are good, the packaging is nice, but it would not be where it is today if it didn’t spend so much on aboveand below-the-line marketing.”

He believes that if this marketing investment dwindled, the brand values would not be sufficient to keep Nivea in the top three. He says Simple has clear values associated with purity and naturalness and commands a high degree of loyalty, but Nivea is “quite boring”. People struggle to name its brand values, he says, and usually refer to its “Niveaness”.

But Beiersdorf’s UK managing director Thomas Lothmann says he does not believe Nivea has “bought” its position with hefty budgets: “Money is not what counts. It is the quality of the product and the price:quality ratio. Nivea has consistent quality around the world, and the benefit of brand synergies when advertising any of its products.”

He says the brand values are trust, family protection, care and value for money. Lothmann declines to comment on a possible bid for Beiersdorf.

As part of a multinational such as L’OrÃ©al, Procter &amp; Gamble or Johnson &amp; Johnson, Nivea could grow strongly in the US. But there arre likely to be portfolio conflicts in its core European and other international markets which may be hard to manage.

The lure of America is powerful for Nivea. Tchibo could continue to run it successfully, but may miss out on opportunities across the Atlantic. Either way, it is clear that simple branding can go a long way.