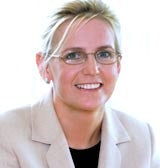 Whitbread has appointed Joanne Adamson to the new role of marketing controller at its Beefeater division, as part of a wider restructuring.

Adamson, who was previously marketing controller in charge of the youth sector at The Pub &amp; Bar Company, will be charged with broadening Beefeater’s appeal following last year’s segmentation of the brand.

While a third of Beefeater’s 258 sites will continue to trade under the Beefeater name, 80 outlets are being converted into upmarket, “destination” restaurants, branded Out &amp; Out. The remainder will become either Grill Bar, which is being rolled out nationally following a three-site trial, or a new neighbourhood concept which is still being developed.

Beefeater has decided not to roll out its Banter restaurant brand, which was being tested at sites in Reading and Portsmouth. A spokeswoman says Banter, which was aimed at 20-to 45-year-olds, was “not quite right”, adding the company has decided to fine-tune its neighbourhood concept before rolling it out under a different brand name.

Adamson will lead a team of three marketing managers and will report to Beefeater managing director John Derkach.

Earlier this year, Whitbread sold its 3,000-strong pub estate to Morgan Grenfell Private Equity, a unit of Deutsche Bank, in order to focus on its restaurant and leisure activities, which also include Marriott hotels and David Lloyd sports clubs.