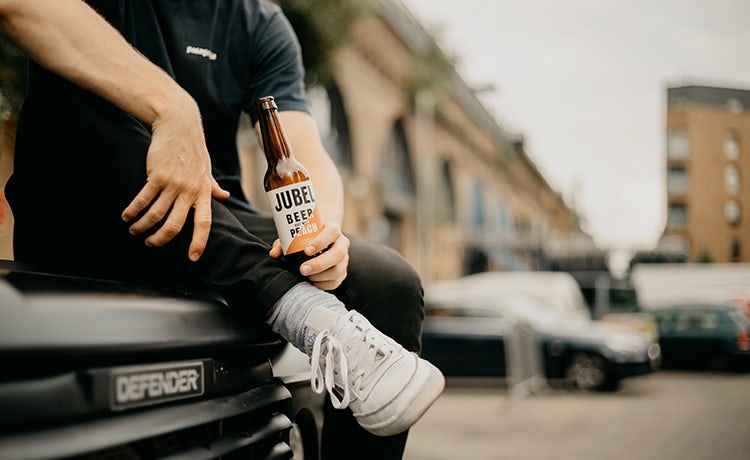 Finding an untapped opportunity in a market is the dream for all businesses, whether they are a global corporate entity or a fledgling startup. But no matter how unique the idea and how good the product, if the brand’s identity doesn’t match its core ambition or tell consumers a clear and compelling story it will struggle to grow.

This was a valuable lesson for the founders of Jubel, a flavoured beer brand that is looking to “bridge the gap” between lager and flavoured ciders.

Jubel is based on the Alpine tradition of peach-flavoured beer, which founders Jesse Wilson and Tom Jordan liken to UK drinkers’ taste for cider and black, or lager and lime, and its branding initially reflected that, launching with a clear glass Corona-style bottle. But six months after going to market Wilson and Jordan took a step back and realised they had missed the mark with their brand.

“We realised we hadn’t got our category positioning right. We’re not competing with Corona or Sol, that’s not the category we’re in. We’re in the craft and speciality category where there are certain category codes like dark bottles,” Wilson tells Marketing Week.

“If you look at the shelves in a supermarket there are clear differences – multipacks with heavily discounted prices versus premium bottles at premium prices. We realised we were in the second category but we looked like we should be in the first.”

The brand’s ambition of cutting through the beer and cider categories was also not communicated on pack. “It didn’t tip its hat at all to what we were looking to do as a brand,” he adds. 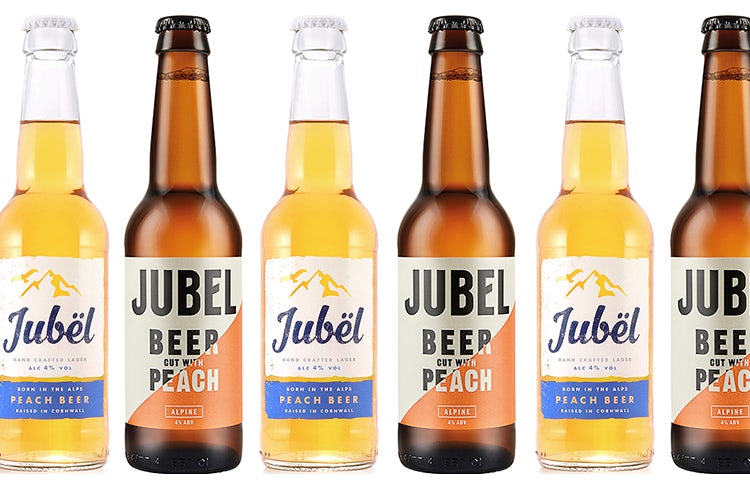 And so the business owners stood back and asked themselves: “How do we live our brand ambition through our brand identity, how does that translate on pack and how can we do that in a way that is authentic to who we are but also accessible to the mass market?”

A radical redesign followed. The product is now packaged in a brown glass bottle and the label clearly nods to the fact it is trying to differentiate in the beer and cider categories, using the wording ‘beer cut with peach’ and ‘beer cut with elderflower’ – its recently added second variety – alongside visual cues to illustrate the cut-through aspect.

The rebrand has paid off as the brand has just secured a listing with Sainsbury’s and will be in-store from mid-November, but Wilson says it might not have happened had they stuck with the original brand identity.

Sainsbury’s told us they probably wouldn’t have listed the old product because it didn’t really fit within the category.

“Sainsbury’s came to us as they’d read an article about how the brand was positioned between two categories as it strategically aligned with its ambitions to carve out new categories and be a point of difference for its shoppers,” he recalls.

“The rebrand was a massive thing for Sainsbury’s though. They told us they probably wouldn’t have listed the old product because it didn’t really fit within the category, so the redesign was a huge step change for us in terms of looking like we belong in that space.”

Wilson and Jordan came up with the idea for Jubel on a ski trip during their third year at university. “We noticed everyone drank peach-flavoured beer out there: guys and girls, young 20-somethings and people our parents’ age. Brands are often so focused on honing in on a target consumer that they pigeon hole their product to one age, one gender, and we thought this just has such broad appeal.”

“We came back to the UK and couldn’t find anything like it – it has the refreshment of a cider but it’s as ‘sessionable’ as a lager. We found beer a bit too boring and bland and fruit cider too sweet, so you could drink one slowly over ice but that was it. This really ticked the box as a bridge-the-gap type product.”

They both had full time jobs at the time – Wilson was on the Mars Management Development Programme, working on Maltesers as a brand manager – but they began learning how to brew beer on the side and spent two years refining the product on weekends. 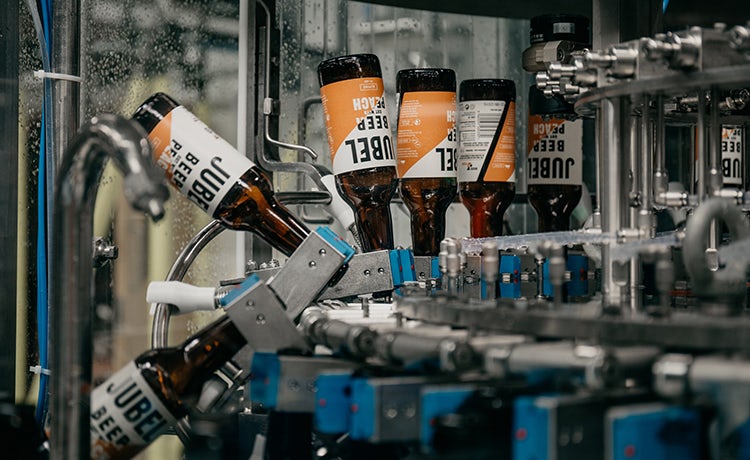 “We got to the point where we said, why don’t we brew 5,000 bottles for a music festival. If people buy these and we sell out then surely there is enough of a market to warrant doing it full time. We basically said, if we sell out we’ll quit our jobs.”

He describes it as an “Innocent-style commitment”, referring to the fact the founders of the smoothie company first tested their product at a festival and asked tasters to throw their empties into a ‘yes’ or ‘no’ bin in response to the question ‘Should we give up our jobs to make these smoothies?’.

“We went on the Thursday, came back on the Monday and handed our notices in on Tuesday.”

The brand is now distributed in the St Austell and Fuller’s pub estates, Selfridges, Amazon, the Stable Pizza chain and more than 300 independent on-trade outlets.

Benefiting from the craft beer trend

Despite being a lager, Wilson says Jubel is “quite different” and doesn’t conform to a specific style.

“On the positive side that creates curiosity because people want to know what it’s like, but it doesn’t actually drive that many people to trial because people are quite comfortable having what they’ve always had, so sampling is the best marketing tool for us to get people into the brand.” 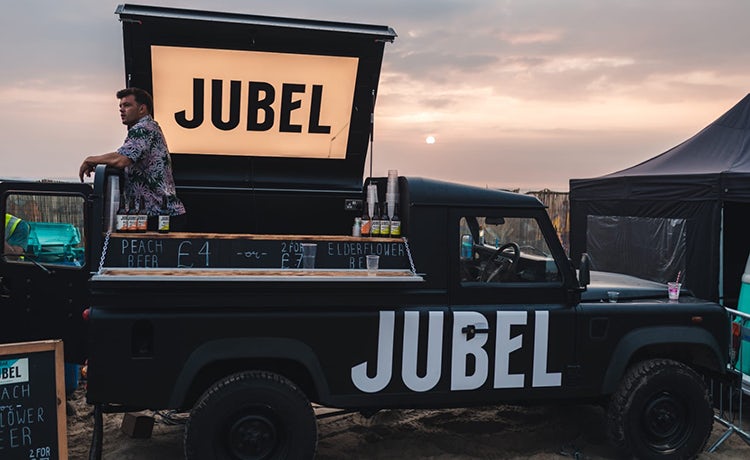 Wilson and Jordan have handed out more than 30,000 samples at festivals, events, pubs and bars, as well as in-store at Selfridges, which has been hugely important in driving sales.

“We were the top selling beer in our first month [at Selfridges] so sampling has really helped. Getting liquid to lips is so important,” he says.

Consumers’ interest in craft beer has also been a massive driving force for the brand.

“What craft has done really well is open up people’s mindsets to what beer could be. It has expanded people’s sense of possibility. But craft has now become a homogenous thing in itself,” he says.

“People are looking for more flavour, care, quality and provenance and even though our product doesn’t conform to that modern day craft definition it still conforms to what sparked the movement to craft in the first place and it’s that original style.”

Having secured over £1m of crowdfunded investment in 48 hours, the irrepressible rise of BrewDog tells us a lot about how to grow a successful business while maintaining a ‘craft’ ethos.