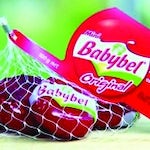 The restructure will see the creation of a new global brand and category director role, which will be filled by UK marketing director Ian Greengrass, effective from 1 September. Greengrass’ new role will be stationed in the group’s Paris headquarters.

The shake-up comes as Bel UK prepares to move its premises from Maidstone to Sevenoaks, after outgrowing its existing premises and requiring larger, more open-plan offices.

Lecomte will be replaced by Bel France marketing director Jean-Noel Darniche, who will come over to the UK during the last week of August. Darniche’s role will be filled by Isabelle Jacquet.

Bel is currently recruiting for a new UK marketing director and is considering bringing someone in from outside the company.

Greengrass told Pitch that the restructure is part of standard procedure at Bel.

“Bel is a global company and they encourage marketing moves and every three years or so people tend to move around,” he says.