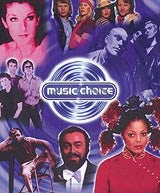 Bell will oversee both content and the marketing of the service, which provides 40 audio music channels including rock, dance and rap, through the television.

The integration of the brand marketing and programming departments follows a decision by the director of programming Janemarie Collen not to return after maternity leave. Bell will be supported by head of music Kevin Spector.

Bell is working on a consumer marketing campaign strategy with Michaelides &amp; Bednash, which was appointed earlier this year. Media will be handled by Mediaedge:CIA.

Bell joined Music Choice in April 2001 from his position as interim marketing director at FT.Com. He was formerly head of strategic marketing at BBC1 and BBC2.

Listeners to Music Choice can see full details of each track and the offerings on other channels via the television screen. The on-screen identity is being relaunched after a redesign by Wheel.

Advertisers can display static images on the TV screen for set periods while the listener is tuned into the Music Choice channels. Recent clients include Durex and Universal International Pictures.