Previously, functions such as product development and store management worked across all its brands, but the firm is now separating the three, investing in teams and personnel to work on each brand separately. They will be told to take decisions based on what makes sense and will boost growth at each brand, rather than what might be best for the Benetton Group as a whole.

That divide extends to its retail space. At the moment a number of stores sell both the Sisley and United Colors of Benetton brands, but Benetton Group now plans to focus each location on just one brand.

The company also plans to roll out new store concepts for each brand that are currently in testing and will include changes to in-store communications and merchandising. That is aimed at promoting more brand continuity between its marketing and the shopping experience.

It is also focused on inking new franchising partnerships following on from its deal with Puig to create, develop and distribute new United Colors of Benetton fragrances.

The move is the second stage of a strategy aimed at rebooting the Benetton Group as it bids to recapture its former glory as an owner of well-known high street fashion stores. United Colors of Benetton was a leading European fashion brand in the 1980s, led by edgy ad campaigns that played on race, gender and religious stereotypes.

It has since lost its market leading position to brands such as Zara, Topshop, Gap and H&M. It is however trying to regain lost ground, launching a digital push at the start of the year to support its campaign about a transsexual and disabled model that it claimed brought its value-based messaging and product marketing together for the first time. 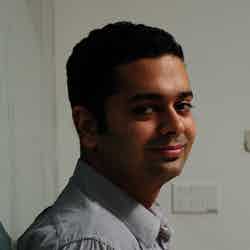 Thomas Cook says the unified brand strategy, which saw the introduction of a new group logo and strapline in October, will help maintain its recent turnaround in performance as it announces sales and profit increases for its full financial year.