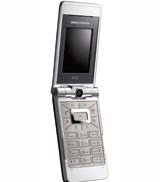 BenQ Mobile is to put a “significant” marketing spend behind the launch of its first handsets in the aftermath of its purchase of Siemens’ mobile division last year.

The company unveiled three phones and a new logo yesterday (Tuesday). Managing director Philip Rambech and head of marketing Louise Forbes are planning to support the launches with a heavyweight marketing campaign.

The phones, which go on sale in March, will be co-branded as BenQ-Siemens since the company is permitted to use the Siemens name for five years as part of the takeover deal.

Siemens Mobile had been criticised in the past for being slow to get involved in the 3G market.

But one of the three new phones will be a 3G model.

The company says at least a third of its products launched this year will be 3G compatible and that there will be more of a focus on high-end multi-media phones than in the past.

Three out of four products will feature a music player or FM radio and every second phone will have at least a 1.3 megapixel resolution digital camera.

Rambech, who joined the company in October to launch BenQ Mobile in the UK, says: “Siemens had an 18 per cent market share in this country two years ago but maybe focused too much on the pre-pay and entry level models.

“We want to get re-established with customers in the UK, where we have not been strong enough.”