Bad news for Paul Daniels. Britain’s favourite magician sliced off his ring finger last weekend with a circular saw in his back shed. Daniels had been putting the finishing touches to his props for his upcoming national tour. The better news is that his 26-date national tour, starting in Southsea on the 22nd February – tickets still available – has received a massive boost of publicity.

Clearly I am not insinuating that the diminutive entertainer deliberately lopped off an appendage in order to promote his magic show. But the precedent of cutting back on your core offering in order to be more commercially successful is a proven business strategy – especially in FMCG.

When I was a young marketing undergraduate in the 1980s, it would have been impossible to recite even a fraction of the brands that constituted the big FMCG giants like Procter & Gamble, Heinz and Unilever. There were literally thousands of brands within each company. As global marketing became more joined up and as private labels began to threaten smaller, weaker brands, the big boys all began to trim their portfolios in a most severe way.

Today, P&G is all about its 24 “billion-dollar brands” and focuses most of its operations on them. It’s a similar story at Unilever where the famed Path to Growth strategy saw the company kill the majority of its 1,600 brands while retaining 80% of its operating profit. Today Unilever makes 75% of its sales from its top 25 brands. The story is very similar for the likes of Heinz and Reckitt Benckiser, where 15 and 19 ‘powerbrands’ respectively provide the companies with 70% of their income.

So one can only applaud the efforts of Michael Clarke, the new chief executive of Premier Foods, who arrived from Kraft last year. Clarke has finally followed suit and identified his eight powerbrands on which Premier will now focus. The logic behind his decision is very strong. Premier is in deep financial trouble. Imagine having £850,000 left to pay on your mortgage and an annual take-home pay of only £175,000. And your bank is getting twitchy. That’s exactly the situation Premier is in – except we can add three zeros to both the income and debt figures.

With the exception of Hovis and Loyd Grossman, Premier Foods’ ‘powerbrands’ are faded icons. It has the right strategy but not the brands

Clarke has correctly diagnosed that while employees and other operating costs have to be shed for the sake of survival, his ad budget has to increase. The new powerbrand strategy allows him to do just that and 2012 will see Premier double its marketing communications budget to £52m in a concerted attempt to build brand equity, defend share and hopefully drive sales. Meanwhile, many of the non-focus brands that did not make into the powerbrand list will be sold.

There is only one snag. And it becomes abundantly clear the minute you examine the ‘powerbrands’ in Premier Foods’ portfolio. The future of the group now depends on Hovis, Oxo, Ambrosia, Mr Kipling, Sharwood’s, Loyd Grossman, Bisto and Batchelors.

With the exception of Hovis and Loyd Grossman, those aren’t powerbrands. They are dusty, faded icons that are all on their last legs. Clarke has the right strategy; he just doesn’t have the brands to make it work. It’s a bit like me announcing that I am giving up being a marketing professor to become a movie star in Hollywood because I will earn more money. My contention – that being the next George Clooney will be better than being the current Mark Ritson – is entirely correct. But clearly I lack the looks, talent, body or demeanour to achieve my objective.

The proof of Premier’s failings is in the pudding. Or in this case, the cake. Because, with the exception of Hovis, the kind of strategies Premier is contemplating to activate its power-brand strategy don’t make any sense. Listen to Clarke describing one of his new powerbrand strategies: “Mr Kipling has for too long allowed confectionery to steal share of space on shop shelf and share of consumers’ purse. There is no reason why it can’t take on Mars Bar or Cadbury Flake. It has way less fat and sugar and it’s a fresh product with a considerably shorter shelf life than chocolate bars.”

See what I mean? For Premier to succeed it has to engage with a generation who either don’t know what Battenburgs are or who associate them with their long dead Granny and interminable Sunday afternoons. And it will need to empower them to start buying these cakes from the newsagents over established incumbent confectionery brands with 10 times the budget and 50 times the brand equity. It’s bonkers.

And if you think Premier will struggle with the first part of its strategy, imagine how hard the second part will prove when it tries to sell off the other brands left in its portfolio. If Ambrosia and Bisto are your idea of powerbrands, what does that say about the others in your portfolio? Anyone interested in paying top dollar for Bird’s custard? Angel Delight? Sarson’s vinegar?

It looks like the end of the road for Premier Foods. Not because the strategy is flawed, but because its foods aren’t premier enough to support it. 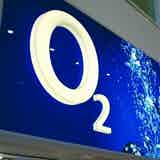 O2 has revealed it exceeded the daily amount of tweets Twitter allows users to send yesterday (25 January) in a bid to quell consumer fears over a security flaw that meant its customers’ mobile numbers were being leaked to any website they visited. 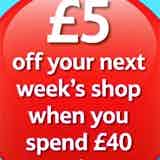 Tesco is facing possible censure for its £5 loyalty voucher promotion, introduced earlier this month in a bid to reverse a decline in sales.