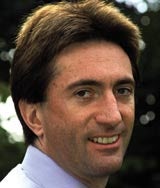 Avon has appointed Andy Watts as UK marketing director following the promotion of former marketing chief Andrea Slater to president of the UK and Ireland business.

Watts, departing UK marketing director at Bernard Matthews, is due to take up the role of executive director of marketing at the cosmetics giant next month. He will sit alongside sales director Richard Pinnock and finance director Steve Bosson, all of whom will report to Slater.

Watts began his career at Cadbury, later moving to Allied Bakeries. He joined Sara Lee in 1992, rising to become international marketing manager for Brylcreem. He oversaw the relaunch of Brylcreem and the signing of David Beckham to the brand, before joining SmithKlineBeecham where he worked on brands including Ribena and Lucozade. He moved to Bernard Matthews in 2003.

Watts says: “Avon has already taken great strides to reinvent its image, not least with the recent sponsorship of Footballers’ Wives.”