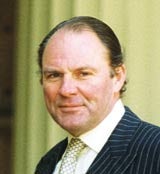 The odds appear to be stacked against The Sportsman, the first national daily newspaper to launch in the UK for 20 years. Promising to deliver a mix of business, sport and betting news, the paper is not only taking on all the national newspapers, but also the Racing Post, long considered to be the horse-racing bible.

However, the newspaper, set to launch in spring next year, has industry stalwart Jeremy Deedes on its side. The former chief executive of the Telegraph Group is taking the post of chairman. It also has some financial support from Ben and Zac Goldsmith. But if reports are true, a further £12m worth of funding is needed to activate the project.

Investors will be taking a punt on the newspaper appealing to the growing number of people in the UK who bet largely on the internet, on everything from sports to poker and the financial markets. They will be hoping that advertisers within the gaming industry, which last year was worth £44bn, will also come on board.

But many press buyers are questioning whether a big enough market exists for the seven-days-a-week tabloid. One says: “There’s such good-quality betting information on the internet that I’m sceptical as to whether The Sportsman can work.” Another says: “Despite the online poker explosion in the past year, I can’t see it working. If Deedes is only hoping for a circulation of say, 50,000, then it could work, but as a national newspaper taking on other dailies, it’s not feasible.”

Fortunately for Deedes, it is understood that the title only needs a circulation of 40,000 to break even. Prospective editor Charlie Methven, a former Telegraph and Evening Standard journalist, who came up with the idea for the newspaper with entrepreneur Max Aitken, refuses to disclose the cover price or the launch marketing budget. But he says: “Those interested in betting will always want to see a comparison of all the latest odds, plus advice on their chosen event from top experts. I believe they’ll pay our cover price.”

The Sportsman, which will also have an online presence, will inevitably have to challenge the monopoly enjoyed by the Racing Post. This is one reason why the bookmakers will show strong support for the new title, according to one gaming industry insider. But another says that about four per cent of people in the UK claim to make a bet regularly and this rises to 15 per cent on Grand National or FA Cup final day. He believes it will be a tall order to get these to buy The Sportsman in addition to their daily newspaper.