When a new marketing director arrives at a company, the existing team may justifiably be worried. In addition to bringing their own ideas and ways of working, many senior marketers seek to recruit one or more of their former colleagues. Gemma Charles takes a look at the familiar-face phenomenon

When a new marketing director sweeps into a company, the existing marketing team steels itself for a period of change. It is, after all, only reasonable that a newcomer should wish to make his or her mark in some way. For some directors, though, this change involves not just new working practices, but new workers as well.

Clearing out key figures from the old regime, or bringing along a loyal deputy from their last company to communicate the new strategy to the footsoldiers, are methods employed by many of the industry’s high-fliers.

It emerged last week that a raft of marketers was leaving Campbell Grocery Products following the arrival of marketing director Tim Perman, an ex-Clairol marketer, and managing director Mark Alexander. Former Bulmers marketer Annie Neal has since been appointed to the new position of category marketing director for hot snacking (MW last week). These changes were made despite the fact that Campbell’s marketing team was assembled only last year by interim marketing director Rob Rees.

Perman claims that there was “no particular process” which led to the reshuffle and subsequent exodus: “The appearance from the outside is misleading. You are just seeing people coming and people going.”

But he reveals that, after his arrival four months ago, the traditional way of working – in what Perman calls “loose affiliations of brand teams” – was replaced with “multi-functional business teams”. The change was made in order to take a “total business approach” rather than just “thinking about brands in isolation”. 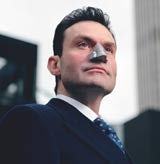 Whether the Campbell marketers jumped or were pushed is not clear, but industry whispers indicate that the new style of working created a severe culture clash between the existing marketing team and the new managers.

Marketing consultant Mike Sommers says that, when trying to put in place new ideas, an executive needs people on his or her side.

He explains: “What I tend to do is bring in one or two ‘moles’, so I am not isolated. It is awful as a marketing director to feel you are on your own.”

Sommers observes that marketers, more than any other executives, like to recruit staff: “A lot of marketing people are empire-builders. They seem to take their view of their own importance and strength from the size of the department.” It is only natural, he reasons, that they bring in talented people in whom they trust – or even, in some cases, “yes men” – when they join an organisation.

The industry is littered with directors and their “moles”. Notable partnerships include Five marketing director David Pullan and Simon Downing, whom he brought in as head of marketing – they had worked together at MTV Networks. Another example is Brown &amp; Jackson chief executive Angus Monro, who raided his former company Matalan for a number of senior executives across a variety of disciplines, including Mike Morrison, who is now in charge of marketing for the Poundstretcher stores. 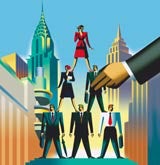 Sommers says: “It’s good to have somebody there who understands where you come from. That way, the team gets to know what you want.”

This faith in long-time colleagues can lead to them being drawn into unknown terrain. Ofcom chief executive Stephen Carter switched from agency life to the client side when he moved from J Walter Thompson to NTL (MW September 7, 2000) and persuaded fellow JWT executive Jeremy Davies – who was later promoted to marketing director – to join as director of content. Likewise, former Safeway marketing chief and TXU Europe head of retail business Roger Partington had such confidence in ex-colleague Matthew Crane that, not only did Partington recruit him to Safeway from the supermarket’s sales promotion agency Triangle, but he then took him along when he moved. Crane ended up running the marketing department of now-defunct brand TXU Energi.

In adland, such moves are very common. JWT managing director Ros King admits that she poached Lindsay Clay – now the head of account management – from McCann-Erickson when she herself switched agency. King says: “Most good leaders whom I have observed go in and have a good look at the team before leaping to any conclusions. It’s quite rare for someone to leave the whole team intact, but it’s due diligence to get to know the people who are already there.

“If somebody comes in and wants to bring his or her own deputy, at least check that the current deputy is not good enough.”

Lead them into filtration

Mike Moran, the new worldwide director of marketing and strategy for Thames Water (MW January 29), is trying to recruit two number twos – one on the marketing side and the other for strategy.

Moran says: “I want to interview a mixture of people: some I know and others I don’t. When I built the team at Toyota after moving from Ford, it was a combination of using people I had worked with and working with the existing team there.”

Moran says that, so far, he has seen no former workmates for the two Thames posts, but adds that he “knows of” the people who have so far shown an interest in the roles.

Professor Cary Cooper of UMIST, a specialist in occupational psychology, advises serious consideration before drafting in former work colleagues: “The up side is you won’t have people undermining you. But new people can cause resentment or demotivation among the rest of the team.”

He says: “Some managers look for a social support system. What they lose is knowledge of the organisation. It also looks very self-protective if you recruit people you know.”

There is also a possibility that the new arrivals will end up imposing the work culture of their last employer. Cooper warns that this could alienate the existing team and that such a move is “fraught with dangers”.

Imposing a culture is a charge that, fairly or unfairly, has been levelled at Orange director of brand marketing Jeremy Dale, the marketer behind ITV Digital’s hugely popular “Monkey” campaign. Once installed at Orange, Dale wasted no time in drafting in ITV Digital’s former agency Mother (MW October 24, 2002). This prompted observers to suggest that Dale was out to create “Monkey-land” at the mobile phone company.

Dale lets out an ironic laugh when asked whether his management style is based around working with people he knows. Mother, he says, was appointed after an “extensive pitch”. But on the staff side he admits that, although his four direct subordinates are people he has never previously worked with, he knows two marketers on the level below from his ITV Digital days. 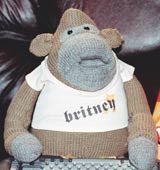 He says: “I recommended that we interview them but I never said they had to be employed. At the end of the day, if they were no good I would have to take the blame. I wouldn’t recommend anyone I didn’t think could do the job.

“We say that we recruit by attitude. I’ve always been a great believer in that. There are some people I have worked with in the past who are good marketers, but wouldn’t have had the right attitude for Orange.”

He says that any senior marketer arriving at a new company has to give the existing team a chance: “You can’t play with people’s lives.”

Arriving at a new organisation is never easy and the temptation to sweep out the old and bring in tried-and-tested colleagues must be great. But it is important not to move too fast and risk damaging what you have inherited – the solid foundations of a marketing department.