Following the news of Adam Crozier’s appointment as chief executive of ITV, the jokes were inevitable – GMTV will be delivered at 4pm in future and ITV will close down on Sundays.

Slightly more seriously, there would be the financially positive side of introducing Royal Mail- style industrial relations to ITV. The annoying thing about previous TV strikes is that when you broadcast whiskery old items from the programme library at virtually no cost, audiences tend to rise.

Snigger we may, but a perfectly serious question lies behind the stream of jokes – is Crozier, the current chief executive of Royal Mail, the right person to run ITV? And with it comes the sub-question: is it wise to have the UK’s premier commercial television business, and one of the most influential in world, run by someone with absolutely no broadcasting experience?

It’s wrong to be dogmatic and say that broadcasting organisations can only be run by a self-selected priesthood clutching their mysteries to their chests.

Remember the outrage when the caterer and the caterer’s assistant – Gerry Robinson and Charles Allen – took over Granada. They didn’t weave miracles but they didn’t do badly either.

On one level, the appointment follows tradition. Broadcasters usually appoint their mates to the top jobs. Here it went to the mate of a mate. Crozier was appointed to Royal Mail by Allan Leighton, who used to work for ITV chairman Archie Norman at supermarket chain Asda.

But it remains counter-intuitive to me to have ITV run by Norman, best known for running Asda, and the man currently running Royal Mail. Both are doubtless estimable human beings and serious executives. It is the combination that could be troublesome.

Indeed, the recent history of Channel 4 is instructive. A chairman is appointed from left-field in Luke Johnston and, naturally, he appoints Andy Duncan, someone a bit like himself, whose primary background was in marketing rather than broadcasting. Fine people. Poor outcome.

As Norman was finalising his choice of ITV running mate, over at Channel 4 the astute new chairman Lord Burns was choosing an experienced broadcasting executive, David Abraham, to dig C4 out of its troubles.

Abraham may not win a literary prize for his monosyllabic channel-naming ability in his past roles – Dave, Watch, Blighty, Eden and Alibi – but he has had extensive broadcasting experience at both Discovery and UKTV.

It’s like a small controlled experiment. Over time we will be able to tell which appointment turns out to be the better. The early money goes on Abraham.

Yet there is one even more serious question about the Norman-Crozier combo. What do they think they are there to do?

The language used in recent days has been alarming. “The business needs someone to lead [ITV] on a programme of transformational change. That means a change in culture and organisation as well as business direction,” says Norman.

Straight from the management-speak hymn sheet. Crozier, meanwhile, sings up that he is looking forward to putting ITV at the “forefront of change”.

Actually no. If anything, ITV has had a bit too much change in the recent past, with 1,000 jobs going last year alone. With the UK advertising market slowly starting to pick up, a little stability might be in order, particularly as ITV programmes are starting to motor.

Online obviously needs greater impetus and it would be nice to have a pay-TV business to supplement the “mature” television advertising business. However, the last time ITV tried to launch pay channels in a serious way, as in ITV Digital, it was a total disaster.

Curiously, Crozier, then chief executive of the Football Association, had something to say about that particular piece of transformational change.

ITV Digital went into liquidation owing the FA £178m in football rights payments. Somebody, somewhere, failed to get adequate guarantees from ITV Digital’s parent companies Carlton and Granada to cover the money. Most unfortunate.

At the time, Crozier said: “There is now a perceived lack of trust in ITV, which could undoubtedly have a long-term effect on the network’s ability to build relationships in future.”

The new top management team would also be wise not to try to shake up the culture of ITV too much. If they upset director of programmes Peter Fincham and the likes of marketing supremo Rupert Howell, Norman and Crozier could get all the transformational change they can cope with.

In fact, really dramatic changes outside their control may not be that far off following what looks like the final ruling that satellite broadcaster BSkyB has to sell most of its 17.9% holding in ITV. The stake could trigger a take-over and broadcasters might be back running ITV before the year is out.

Meanwhile, the grocer and the postman have much to prove. For all concerned, let’s hope they make a decent fist of it and don’t get carried away with the disruptive excitement of change for its own sake. 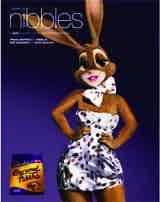