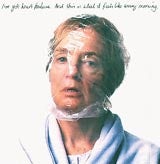 A press advertisement for the British Heart Foundation (BHF) which featured a woman with a plastic bag over her head, was the most complained-about ad of last year, according to the Advertising Standards Authority’s (ASA) annual report.

The ad, created by Abbott Mead Vickers.BBDO, triggered 315 complaints from people concerned it might encourage children to emulate it. The complaints against the poster, which was referred to the Copy Advice Team, were upheld by the ASA.

Second in the list was Unilever Bestfoods UK’s poster ad for Pot Noodles, which used the strapline “Hurt me you slag”. The ad was created by HHCL &amp; Partners and received 288 complaints, which were upheld.

Overall, complaints about non-broadcast ads for food and drinks brands shot up by 175 per cent last year. The ASA watchdog received more than 14,000 complaints in total 2002 – a record number and an increase of 10.8 per cent on 2001.

The report says that the increase in complaints about food and drinks ads was largely a result of the prominence of such campaigns last year.

One campaign that ran into trouble was Tetley Tea’s “Go on, live a lot” theme. The Food Commission objected to the claim that “Tetley Tea is rich in antioxidants that can keep your heart healthy”. The complaint was upheld (MW October 24, 2002).