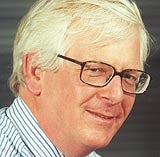 The Food Standards Agency (FSA) is to commission further research on food advertising to children, in a move that has angered the Incorporated Society of British Advertisers (ISBA).

The move comes just six months after the regulatory body commissioned research on the same subject, which concluded that parents do not view advertising as having a negative influence on children’s eating habits.

ISBA is concerned that the FSA has already made an assumption that food advertising and promotional marketing has a negative impact on children. ISBA also claims the research proposals focus on establishing how, and not whether, the FSA should intervene.

ISBA director of public affairs Ian Twinn says: “There are serious concerns over the assumptions that seem to underlie the FSA’s research proposals.”

The FSA was unavailable for comment. A spokeswoman for the Advertising Association says that the FSA has produced a research proposal which is biased towards producing the results the FSA wants, rather than assessing whether or not its view is the right one.