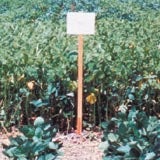 The multinationals are faced with the delicate task of making GM acceptable without appearing to force it down people’s throats. They have lost the battle for public opinion on the subject of GM and are now trying to squeeze their iron fists into velvet gloves.

Nestlé, the world’s largest food producer, claims its interest in GM technology is purely for the benefit of mankind; it insists it receives no financial benefit from using the technology. “Our position regarding GM has nothing to do with our commercial interest, it makes no difference. The reason we are in favour is out of corporate responsibility,” says a spokesman. But he adds that Nestlé is not involved in any activity to promote this aspect of corporate responsibility in Europe.

Meanwhile, Unilever – the world’s third-biggest food company – has adopted a “listening” approach and has watered down its overt support for GM. US food giants such as Heinz and Kraft use the fact they have made their products in Europe virtually GM-free to demonstrate how responsive they are to consumers’ wishes.

But food companies are quite happy to use GM ingredients in markets where there is no large-scale opposition to them and where the “Frankenstein foods” tag has not become synonymous with GM, as it has in the UK.

If GM crop production is to be introduced in Europe and GM ingredients made acceptable to consumers, the corporations want to ensure that it is politicians who are seen to be responsible, while they distance themselves from the process.

The long-awaited results of the UK farm trials last week, conducted at the behest of the Government, show that cultivating GM beet and oilseed rape crops is more damaging to wildlife than growing non-GM versions. While GM maize is shown in the trials to be less damaging to wildlife than the non-GM variety, scientists say these results need to be tested further.The results are far from the endorsement of the environmental benefits of growing GM that the pro-lobby had hoped for.

While the trials have been conducted, the food industry has undertaken muffled public lobbying in favour of GM involving a lot of “listening” exercises. But Unilever has modified its position on the technology over the past two years. In January 2002, chairman Niall FitzGerald called for new debate on GM, admitting the industry had “misjudged the public mood”, but called for a “fresh start on genetically modified organisms in the UK”. He said the benefits of GM had to be explained in order to win over public support.

But now the company claims it is neither for nor against the technology: it just wants to respond to the wishes of consumers. Unilever head of social and environmental affairs Helen Lo says: “We respond to consumer needs. If there are clear benefits to consumers and if it brings benefits to society, we would encourage its consideration.”

To “encourage discussion” of the issue, Unilever has sponsored two consumer juries on the subject in conjunction with the Consumers’ Association, Greenpeace and the Co-op. The juries, each comprising 12 members of the public, were organised by academics at the University of Newcastle. The jurors listened to the arguments from those in favour and those against GM, questioning them in detail.

But after hearing all the arguments in depth for six weeks over the summer, the jurors concluded that the moratorium on commercialising GM crops in the UK should continue. They felt many pro-GM arguments were disingenuous. “Evidence shows that the GM crops currently on the market offer little benefit to consumers, the environment and the Third World,” said one juror. But the jurors do back running more trials on GM crops in the UK.

Other research by the food industry fails to find much backing for GM. The Institute of Grocery Distribution’s (IGD) Consumer Watch survey in August 2003 found that 27 per cent of respondents said they would prefer not to buy any GM food, though only 13 per cent said they looked at the labels of food products to check. For GM seed producer Monsanto – which last week announced it was pulling out of European operations as part of a wider restructure – this is evidence that there is little consumer rejection of GM. “The recent IGD survey confirmed that most UK consumers are relatively disinterested in GM technology, or avoiding GM products,” says the company.

Monsanto believes that GM will eventually become acceptable in Europe once real product benefits can be provided: “In time we are confident consumers will welcome products with more direct benefits to them.” But it fails to say what these benefits might be.

The European Union is under considerable US pressure through the World Trade Organisation to allow the import of GM technology and produce. Many see the introduction of GM in Europe as inevitable in the long run. The food companies are keeping their heads down in this debate, though their use of the technology around the world indicates that they would be pleased to introduce it here, once consumers permit.