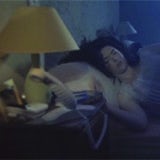 The department says it wants a “stronger focus” on partnership to back ad spend and wants the “Big Society” – communities, authorities, businesses, and the fire safety industry – to contribute.

The move is in line with the Government’s pledge to involve the private sector more, and in some cases help pay for, public health and safety campaigns.

DCLG’s Fire Kills campaign is to return to radio for the first time since the freeze on non-essential marketing communications was imposed in June, after the Conservative-Liberal Democrat coalition took office.

The department says it was cleared to buy slots by the Government’s internal spending watchdog, the Efficiency and Reform Group, which now assesses all requests for campaign funding in excess of £25,000.

David Watson, DCLG’s head of marketing, says: “We are delighted that Fire Kills is back on air – the campaign plays a huge part in reducing deaths and serious injuries. But in these difficult times Government cannot simply buy advertising space as the solution to all its communications challenges.

“So I am calling on all interested parties to contact me and get involved in the campaign – together we can keep families across the country safe from the terrible consequences of a fire in the home.”