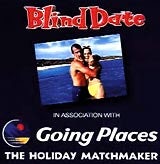 Television advertising is being badly damaged by the presence and positioning of on-air promotions (OAPs), sponsorships and end-credits during commercial breaks, according to a new study by The Billett Consultancy.

Billett Consultancy chairman John Billett urges TV channels to reschedule their promotional trailers and sponsorship credits so as not to interfere with advertisements.

He says advertisers are suffering by having their ads shown after programme promotions and lengthy end-credits. Many viewers switch over or lose concentration the further away from the programme the ads are broadcast.

The “clutter” goes unrecorded by TV stations, Billett claims, and he criticises the TV channels for failing to inform advertisers about how it will affect the positioning of their ads.

In the report, Commercial Television Clutter Exposed, Billetts studied the commercial breaks during peak-time television on ITV London and Sky One during two weeks in September 1999.

The report concludes that if ITV moves its on-air promotions in end-breaks from before the ads to afterwards, many ads would have 15 per cent higher viewing. Billett calls on the industry to lobby ITV to adopt such an approach.

On-air promotions present a quandary for advertisers. They are necessary to promote programming and ensure high viewing, but when they are screened they can detract from the ads themselves.

Billett says: “We are not saying broadcasters should not be doing on-air promotions, but by putting them before ads, they are producing more clutter. Advertisers will get a higher audience [if ads are shown before promotions] and the channels can charge more if they get a bigger audience.”

Sky comes in for particular criticism in the report, which recommends the station should immediately reduce the “massive” volume of on-air promotions and relocate them. There are twice as many OAPs on Sky One as on ITV.

Some two-thirds of Sky One’s OAPs take place in centre breaks, and account on average for three and a half minutes of each hour.

The report claims a rating point on Sky One is worth far less than one on ITV because an advertiser on Sky One in a late peak centre break competes with the “massive clutter” created by longer OAPs, in comparison with ITV’s “cleaner and more distinctive” environment.

Billett says: “We are astounded by the extent of ‘clutter’ and are concerned that advertisers’ best interests are not being protected. Until such time as ‘clutter monitoring’ is made universally available, the systems and methods we have established…will be deployed from September onwards to monitor on-air promotions and commercial sponsorship across ITV, Channel 4, Channel 5 and Sky One.”

ITV marketing and commercial director John Hardie says he can sympathise with some aspects of the report, but claims it is confused. “The problem is Billetts has grouped together all of the different things – clutter is a disparaging term.”

Hardie rejects the proposal for on-air promotions to be moved to after the ads, as he says promotions are very watchable and can hold viewers’ attention.

“Promotions are the single most important factor in bringing audiences in. There’s always a balance to have as much promotion time as possible. We get it just about right,” he says.

But he says ITV is preparing to make changes to end-credits on a number of top-rating programmes to ensure that viewers continue watching when they finish.

“We are developing a plan to tackle this. We have done a study and are looking at making changes in the next few months. We will select some programmes. Inheritance is very important – in a multi-channel world, we want to make sure we direct viewers to other parts of the schedule,” he says.

But he rejects the notion advertisers are deliberately kept in the dark about promotions and other trailers – since the majority of end-breaks contain promotions. “People know that at the end of our programmes there’s a reasonable chance there will be a promotion,” he claims.

“The 60 minute hour is not really made up of 60 minutes,” he says. “The fact someone has quantified it is useful. It measures what is there.”

He adds that information on clutter is held by the broadcasters, who make it available to the Independent Television Commission, but it is not published for advertisers.

Wootton says the Billetts report adds fuel to ISBA’s calls for extra advertising minutage by identifying possible sources for extra ad minutes – through reduced clutter. Billett says OAP volumes should be regulated and limited, with the extra minutage given to ads.

The Billett study claims that ITV and Sky One are exceeding the legal maximum of ad “minutage” by up to ten per cent. This is strongly denied by ITV, though Sky was unavailable for comment.

Billett says TV viewers do not appear to mind these extended ad breaks (although the report contains no supporting evidence for this) and concludes that regulators should allow higher minutage.

But he says more programme promotion should be carried out off-air, through poster and press campaigns. Sky could use its database of subscribers and contact them directly through direct marketing drives, he says.