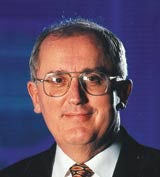 Media auditors are, for many UK marketers, a much-valued security blanket helping them to gauge whether they are getting the best possible rates and performance for their campaigns.

Although the UK’s main auditing companies – Billetts, Media Audits and Fairbrother Lenz Eley – have all set up operations in the US and parts of Europe, the trading environment is tough. But with the increasing emphasis on business transparency, especially in the US following the Sarbanes-Oxley legislation, there is also plenty of scope to grow.

Yet growth requires investment and that is one of the reasons why Billetts, after hiring KPMG Corporate Finance 18 months ago to advise it on business strategy, has turned to Thomson Intermedia. The media intelligence company last week announced it was acquiring Billetts, for a maximum consideration of £13.1m.

Billetts chairman John Billett, who stands to make almost £10m from his 75 per cent stake in the company, says: “The further expansion of Billetts’ national advertiser services and international network is a key element in the business plan.”

He hopes that inroads already made in the US, where Billetts counts Ford and Adidas as clients, and elsewhere will be built upon. The types of services available to Billetts’ clients will also expand, as Thomson Intermedia offers media monitoring systems. Thomson chief executive Sarah Jane Thomson says: “The combined ambition is to provide a complete one-stop suite of advertising, media and marketing accountability products.”

Being owned by a public company means that Billetts will be able to raise money for expansion more easily. In the US it has so far managed to pick up three of the top ten advertisers and has just added Toyota as its first client in Canada.

But the US media market is different to the more consolidated market in the UK, which also has the benefit of good media data. Carat managing director Neil Jones says: “The US is viewed as a big, sophisticated market, but it is not that sophisticated as it’s very fragmented in terms of television, and a national press does not exist over there.” However, he adds: “My view is that auditing will eventually take off in the US, but it will be at least a further three years before it does.”

Europe may be far ahead of the US, but even there take-up of auditing services differs from country to country. Industry insiders claim the existence of “grey market” income in some markets, involving the payment of backhanders, could make it harder for auditing to become established.

But this has not put off Billetts, which has a network that covers all of the main European cities, has partners in Australia, Japan and India and runs South America out of its Spanish office. The only main advertising economy in which it does not yet operate to some degree is China. And that, no doubt, is only a matter of time.