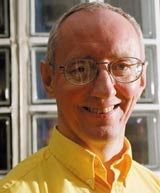 In what is believed to be the first case of its kind, a UK domain name registrar has issued High Court proceedings to halt the transfer of its domain name to a US company.

Internetters launched the action following a decision by the National Arbitration Forum (NAF) – a body appointed by the Internet Corporation for Assigned Names and Numbers (ICANN) – to transfer domainregistry.biz to a US company that claims it has registered the name as a trademark. Internetters says the US company does not hold the trademark.

Paul Westley, co-founder of Internetters, says: “We registered ‘domainregistry.biz’ when the new .biz domains became available, as we thought it was descriptive of our services and a strong generic name.

“We had no idea that a small US company would challenge this on the basis of a trademark that is not yet registered. We could not believe we have joined the 83 per cent of domain registrants ruled against by NAF.”

Late last year, a study by Professor Michael Geist of the University of Ottawa found that NAF complainants win 82.9 per cent of cases.

Internetters claims that NAF’s dispute resolution policy is US-biased and that this bias is demonstrated by its own case. Of 135 domain-name arbitrators on the NAF panel – including 49 non-US members – NAF chose one who was local to the complainant.

Westley adds: “This is another example of the US trying to take ownership of the Internet. We defended the challenge vigorously from the off, using specialist solicitors.

“Our only hope was to issue court proceedings and to hope that the High Court sees sense.”

Neither ICANN nor NAF were available for comment as Marketing Week went to press.