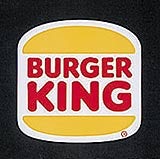 Diageo-owned Burger King also has first call on any tie-up on all future live action movies, television, music and home entertainment ventures that come out of the studio.

It is the first time DreamWorks – most recently responsible for AI: Artificial Intelligence, and Shrek – has entered into such an alliance.

One of the first films that will fall under the new deal will be Spirit: Stallion of the Cimarron. Burger King will also be a partner in the DVD and CD release of Shrek, scheduled for this autumn.

Details of the agreement are as yet unclear, but the studio may be asked to produce ads and promotional programmes for Burger King, which has over 11,000 outlets worldwide.

Burger King has also announced a deal with Viacom’s children’s TV channel Nickelodeon that will help it expand its existing meal promotions for children.

Links between fast food chains and the entertainment world are nothing new – McDonald’s has struck its own deal with Walt Disney.