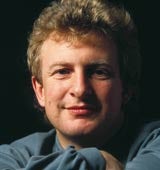 The founders of direct marketing agency Black Cat, Stephen Callender, Charles Lauber and Diana Tombs, are all leaving following the merger of the agency with relationship marketing specialist RMG Connect. It is not known if any of the partners have a job to go to.

The merged agency will be called RMG Black Cat, and will be launched formally in January. It will be headed by RMG Connect managing director Tal Adams.

RMG Connect Europe chief executive Nelly Andersen says: “The move fits strategically into JWT’s goal of strengthening the group’s integrated offering. We are looking forward to building a highly regarded, strategically and creatively driven relationship management agency on the back of the achievements of both Black Cat and RMG Connect.”

RMG Connect was formed last January, as a result of a merger between RMG and JWT Connect.

In August, Unity was snapped up by Charles Ingram’s the Ingram Partnership. The move to acquire Unity was seen as an industry-wide trend towards reintegrating media strategy with creative disciplines.

Like it or not, all consumers are individuals and are increasingly not only beginning to expect to be treated as such, but are demanding it (Factfile, MW November 13). This has led to a plateau in advertising spend and a significant increase in investment in direct marketing. The latest figures from the Direct Marketing Association […]

Media measurement surveys suffer by being restricted to one medium, but the MFG is looking at broadening such research methods, says Morag Blazey

WCRS is creating a third TV campaign for VisitBritain to market English holidays to the domestic market. The campaign will promote an English holiday-planner brochure and a supplement to be inserted into the Christmas edition of the Radio Times.