The figures show that spend in December increased by just 1% compared to the same month in 2013 after a “solid” 2.1% year-on-year rise in November. Visa says the figures show Black Friday deals brought Christmas spending forward, rather than kickstarting a festive spending increase.

Clothing and footwear was particularly hit by Black Friday, posting a 2.2% sales drop in December following “modest expansion” of 1.5% in November. Spending also declined in the “miscellaneous goods and services” category, which includes items such as jewellery and hairdressing.

Channel data shows spending on the high street fell slightly (by 0.3%) in December following a strong 3.1% rise in November.

Paul Smith, senior economist at Markit, which put together the report for Visa, says: “The latest data perfectly encapsulate the retail phenomenon created by Black Friday, as the heavy discounting seen over that weekend led to a shift in spending into the back end of November and early December at the expense of trading in the immediate run-up to Christmas.”

Despite disappointing December sales, the 1% rise was still enough to ensure household spending in 2014 was the strongest since 2010 led by spend in hotels, restaurants and bars; food, beverages and tobacco and household goods.

Visa’s findings back up research from Barclaycard, which found that while spending on Black Friday increased 18% compared to 2013 the overall increase over Christmas was 4.1%, similar to previous months.

The figures add weight to analyst concerns that Black Friday may have hindered, rather than helped, retailers. The event is expected to have impacted retailers’ profit margins, as well as proving a logistical nightmare due to the focus of spend around shopping day.

Many retailers’ websites struggled to cope with traffic and saw hits to their deliver times, while violence broke out in some stores.

The impacts have led some within the retail industry to call for shops to scale-back their Black Friday marketing. Speaking last week (5 January), John Lewis managing director Andy Street warned that Black Friday would have an adverse effect on profit margins for many retailers and advised them to pull back from the event this year and leave it focused on electrical goods.

Retailers pumped millions of pounds into their Christmas marketing campaigns this year but promotional events such as Black Friday proved a distraction for customers and brands alike. 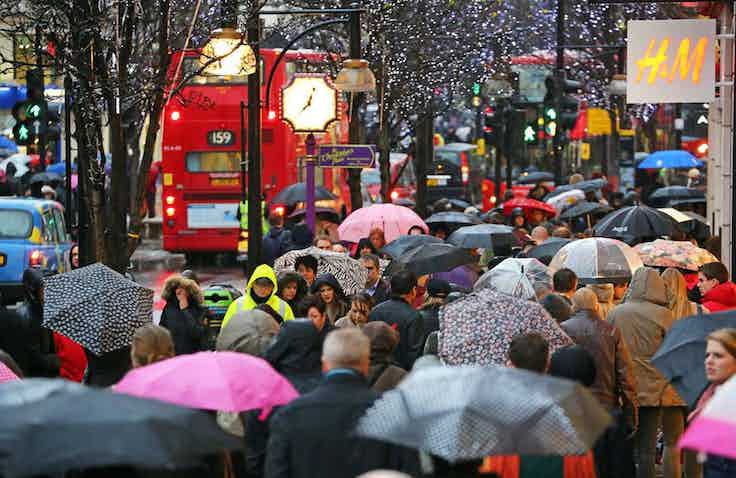 UK retail sales grew at their fastest rate in more than a decade in November as “Black Friday” discounts, as well as an improving economy and falls in fuel and food prices, encouraged shoppers to make purchases.