The struggling smartphone maker is to axe Keys’ global creative director role at the end of the month saying that it had “completed our year-long collaboration” with the singer.

In a statement the company says: “We thank Alicia for her many contributions including providing creative direction for the BlackBerry Keep Moving Project which attracted more than 40 million visits, advocating for women in STEM and launching the BlackBerry Scholars Program. We have enjoyed the opportunity to work with such an incredibly talented and passionate individual.”

During her stint with the business, Keys asked fans to submit photos of themselves via a Blackberry branded hub which were then used to create music videos for her world tour.

The “Empire State of Mind” singer, alongside writer Neil Gaiman and the Mercedes AMG Petronas F1 team, were brought on board last year to front the launch of the company’s Blackberry 10 phones as it looked to wrestle back market share lost to Apple and Samsung. The strategy struggled to have the desired the effect forcing Blackberry to pull out of the consumer market and focus on targeting the business community. The shift has impacted the brand’s marketing offering with Keys’ departure the latest in a string of changes that saw it hire enterprise marketing expert Mark Wilson as its top marketer following the departure of CMO Frank Boulben.

Lately brands have been increasingly giving celebrities in-house branding roles to imbue their strategies with more creativity. AB inBev made Justin Timberlake the creative director of its Bud Light Platinum brand to push the premium brand to younger drinkers while Diet Coke has been working with designer Marc Jacobs on bottle designs. 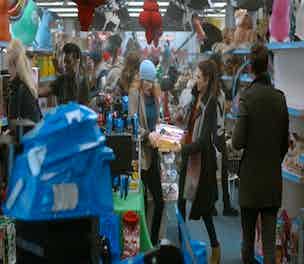