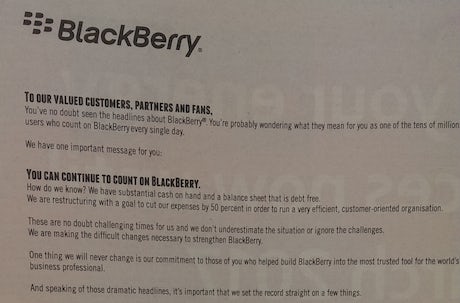 The ad’s copy (see full version below) acknowledges the recent “dramatic headlines” about the company and states: “these are no doubt challenging times for us and we don’t underestimate the situation or ignore the challenges”.

In spite of those challenges, the ad explains the company has “substantial cash”, a “debt free” balance sheet and is restructuring with a goal to cut its expenses by 50 per cent.

BlackBerry goes on to insist it has the “best in class” productivity tools, security, enterprise mobile management and mobile social network in BBM.

The ad has been taken out days after research firm Gartner advised BlackBerry business customers to switch to alternative software and hardware given its recent challenges and dramatic drop in market share since its peak late last decade.

BlackBerry made a net loss of $965m (£600m) in the second quarter and has now agreed in principle a $4.7bn sale to Fairfax Financial – although it is reported there are other bidders interested in taking on the company, including its co-founders Mike Lazaridis and Douglas Fregin, 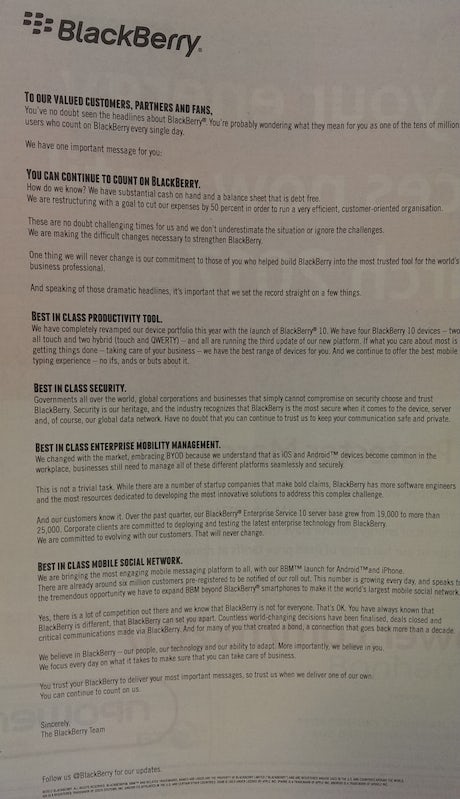 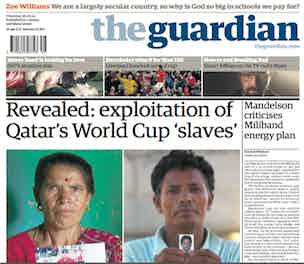 The multi-million pound marketing campaigns launched by The Sun, Daily Mirror and The Guardian had mixed returns last month, with only the latter newspaper and its sister title The Observer marking a circulation bump in September. 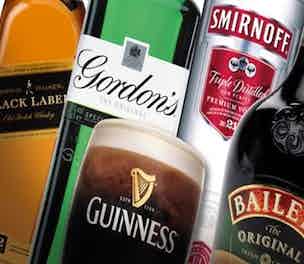 The importance of Diageo’s current marketing campaigns for Smirnoff and Guinness alongside the upcoming media drive for its top brands across Western Europe have been laid bare after the drinks maker reported flat sales for the region in its latest quarter.