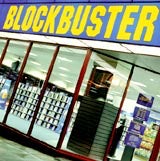 Blockbuster has put its faith in bricks and mortar and tried-and-tested vending machines, rather than new technology, as it tries to cement its position as the UK’s leading film rental company.

The company has announced plans to open more than 40 new outlets, including superstores, franchises within Sainsbury’s and Asda stores, and vending machines on petrol station forecourts. The plans would give Blockbuster more than 700 outlets by the end of the year.

But the move is being questioned by industry observers, worried that Blockbuster’s focus on physical distribution could mean that it is missing out on new film distribution methods, whether online or through digital TV.

Blockbuster, which faces tough competition from smaller rivals such as Apollo, Global and Choices, claims there is still plenty of market share to be gained by taking on the independent shops that account for a third of the market.

Its renewed focus on physical expansion appears to contradict a declared intention to move into the still-embryonic video-on-demand (VOD) market.

A lot of noise was made two years ago when Blockbuster got into bed with Enron to provide VOD. But the deal unwound in March 2001, with Enron claiming Blockbuster didn’t have the requisite “quantity and quality of movies” to roll out a service. Blockbuster denied this and stated that VOD was “not yet a commercial reality”.

Blockbuster has stuck to this line ever since, in the face of repeated questioning about its VOD strategy – or lack thereof.

Merrill Lynch media analyst Neil Blackley says: “VOD is definitely something that will be coming through. It’s customer-oriented and will have an effect on rentals more than on purchases. That’s why Blockbuster signed the deal with Enron. The cable companies and Video Networks [which owns HomeChoice] will show that the demand is there. Blockbuster hopes to come in on the back of their success, but there’s a risk in waiting.”

Unquestionably, the much-hyped VOD market has failed to materialise with anything like the speed that had been expected. This is partly because of problems with the roll out of broadband Internet.

But it also has to do with the phenomenal growth of DVD. Just as VHS had begun to lose momentum, along came a more user-friendly, higher-quality replacement that can hold considerably more content than the average video cassette. Over the past couple of years, consumers on both sides of the Atlantic have embraced DVD with gusto.

British Video Association spokeswoman Lavinia Carey says: “We think DVD has a very bright future and is going to be consumers’ main focus for some time to come. But just as video didn’t undermine cinema and DVD isn’t undermining video, so VOD won’t be a threat to existing technologies when it finally arrives. With each new technology, the pie just gets bigger.”

There is evidence that people are beginning to move from buying DVDs – often at alarmingly high prices – to renting them, a trend that Blockbuster has capitalised on in its recent advertising.

But DVD’s success may have lulled Blockbuster into a false sense of security, encouraging it to focus on physical distribution at the expense of digital distribution, which many observers believe will eventually replace the video store.

As a strong brand in the bricks-and-mortar world, but an unknown quantity when it comes to digital delivery, Blockbuster could be leaving a window of opportunity for the likes of Sky Box Office pay-per-view and Telewest Broadband and NTL’s Front Row – which offer “near” video-on-demand (NVOD) – as well as HomeChoice.

A Sky spokesman claims Box Office is “performing extremely well”. He adds: “It complements our movie channels and interactive services.”

HomeChoice has just 15,000 subscribers, but is hoping to move rapidly towards seven figures now that BT is reducing its wholesale broadband prices. The service offers over 1,000 old and new films for immediate viewing, subject to a monthly subscription and 24-hour rental fee of &£1 to &£3.50.

“Although roughly two-thirds of the UK population rent videos, the pool of frequent renters is actually relatively small. Digital delivery, especially through the TV rather than the PC, has been shown to attract impulse buying. And there’s none of the inconvenience of returning videos or incurring penalty fees.”

The average HomeChoice customer rents two to three movies a month, Springett claims, against 0.4 movies a month for traditional rental or NVOD.

Announcing its latest financial results last week, Blockbuster’s US parent said it was testing a monthly subscription service, giving customers access to an unlimited number of films for a fixed fee. The UK office was unable to confirm if or when this would be taken up here.

Blockbuster UK marketing director Steve Foulser says his company’s goal is to deliver home entertainment to customers however and whenever they want it: “We have looked into other delivery methods – such as VOD – in depth, but we believe that at present rental and retail provide us with the best possible business model in the UK.”

“Over the past ten years, we have built up a store network that allows us to operate and communicate with our customers across the country in a cost-effective fashion. By contrast, VOD relies on the establishment of an infrastructure which is not in place in the UK at present.”

With increasing sales and rentals, helped by the boom in video games and music videos, Blockbuster is clearly in no mood for soul-searching. It has continued to defy the doubters over the past five years, posting healthily rising sales and profits.

But the longer it delays on VOD, the greater the scepticism about Blockbuster’s ability to transform itself into a virtual brand. According to one industry observer: “Blockbuster likes to boast about its cosy relationship with the Hollywood studios, but I’m not sure it has the same negotiating clout when it comes to VOD.”

And while Blockbuster claims that its decision to stick with tried-and-tested delivery methods is driven by studios’ desire to maintain their own profit margins, VOD advocates argue that Hollywood is prepared to do business with the new kids on the block.

VOD is also flavour of the month again in the US, with indications that major cable companies are enthusiastically revisiting the concept.

The future of the video rental industry hangs in the balance, and the impact – if any – of massive technological change on a still-dominant brand will soon be clear.