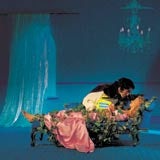 Her departure comes in the middle of a pitch for computer games retail chain Gamestation, a subsidiary of Blockbuster that was acquired in October 2002. Baxter was overseeing the pitch and an agency has yet to be appointed.

Baxter joined Blockbuster last year from Safeway, where she was head of brand development (MWOctober 2, 2003). She previously held marketing roles at Unilever Bestfoods and United Biscuits.

Blockbuster launched a TV campaign this month developed by Doner Cardwell Hawkins in support of its Gold Collection of back catalogue films.

The ad, targeting lapsed renters, depicts Sleeping Beauty being woken by Prince Charming but She brushes him aside to watch a DVD. The strapline is “Missed some great movies recently? Catch up with Blockbuster’s Gold Collection.”