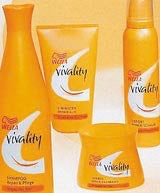 Procter &amp; Gamble’s (P&G) Vivality haircare brand has been de-listed by supermarket chain Tesco, putting the future of the brand in doubt.

Industry experts say that the move follows flagging sales of the haircare brand.

The blow comes hot on the heels of P&G’s acquisition of German haircare company Wella last month, which included the Vivality brand.

One industry source says: “Vivality never had a future with P&G. The company knows it is just a matter of cutting the brand before it is de-listed, as sales have plummeted.”

Another industry source says that the brand is unlikely to stay on the shelves of Asda for much longer. He says that the store has cut the price of the brand to 98p from £1.29 in the hope that sales will pick up.

“A brand needs at least four per cent of the haircare market to stay there, and Vivality is unlikely to ever see that given the lack of support or extensions,” he says.

Vivality has struggled in a fiercely competitive haircare market dominated by the global brands of Unilever and P&G since its £27m launch in March 2001.