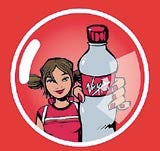 B’lowfish Advertising has been appointed to handle a £3.5m marketing campaign designed to revive the fortunes of Virgin Cola.

The appointment was made by Princes Soft Drinks, which now holds the marketing franchises for Virgin Cola. B’lowfish won after a three-way pitch overseen by marketing director David Patmore. The agency already handles online and ambient work for Virgin Mobile.

Activity is scheduled to begin in May and includes consumer advertising, on-pack promotions and in-store marketing. The campaign will focus on Virgin Cola, Virgin Diet Cola and Virgin Vanilla.

Princes stole a lead on Coca-Cola Great Britain by launching Virgin Vanilla in December (MW December 12, 2002). Coca-Cola’s own Vanilla Coke brand will launch at the end of April. Virgin Vanilla is available in two-litre plastic bottles.

Patmore says: “We want a campaign that brings to Virgin Cola some of the benefits of the broader Virgin Group and B’lowfish has understood this.”

Princes Soft Drinks does not have a media planning and buying agency but says it will appoint one nearer the campaign launch.