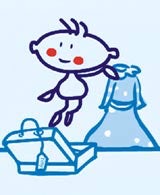 The appointment means that bmibaby can build its own marketing structure. Previously marketing for bmibaby was handled by bmi british midland’s marketing department.

Observers claim this has hindered bmibaby’s growth and taken the bmi british midland team’s eye off the parent brand.

Bmibaby is setting up a second base at Cardiff Airport and is adding six European destinations to the existing nine. The division claims it is going to break even next year – a year earlier than expected. Bmibaby was launched to counter the arrival of Go at East Midlands Airport, from which bmi british midland was already operating. EasyJet’s deal to buy Go is now close to completion.

Holiday company MyTravel is about to launch a low-cost airline and has poached Ryanair marketing director Tim Jeans to take the post of head of airlines.