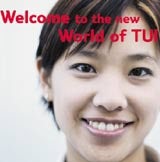 BMP DDB has snatched the &£11m advertising account for TUI UK from WCRS after a European agency reshuffle at the German-owned travel company.

Parent company TUI AG is splitting its &£63m European advertising business between DDB and Jung von Matt, as part of its strategy to create a European holiday “superbrand”.

WCRS’ tenure on the Thomson Holidays account has been short. The agency, which already handled the Lunn Poly account, was awarded the Thomson business in July last year by director of marketing Hugh Edwards (MW July 4, 2002). The account was previously handled by HHCL &amp; Partners.

TUI’s local marketing directors are expected to maintain some autonomy under the new arrangements. Edwards has a board-level position in the UK and has helped drive branding initiatives such as the &£5m sponsorship of Tottenham Hotspur FC.

Burger King has appointed Paul Reynish as head of marketing for Burger King UK and Ireland, following the abrupt departure of marketing director Anna Joseph after just three months (MW December 19, 2002). He is the third marketing chief at the fast-food retailer in as many years. Although Reynish’s job title differs from Joseph’s, who […]

EHS Brann, the incumbent agency for Microsoft’s £10m direct marketing account, has been knocked off the technology company’s shortlist.

Granada Enterprises’ Commercial Ventures has signed up learndirect to sponsor Trisha on ITV1 and ITV2 for nine weeks in a £250,000 deal.