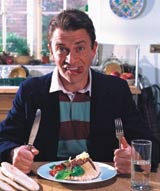 The Meat and Livestock Commission (MLC) is reviewing its &£2m advertising account as part of a statutory review.

Incumbent BMP DDB is expected to repitch for the business, which it has held since 1993.

The MLC, which has reduced marketing activity over the past two years, is understood to be looking to develop a new campaign to break later next year. It is thought to be keen to move back to marketing beef, pork and lamb separately rather than focusing its spend promoting meat as a food product.

It is understood that the MLC is looking to return to a campaign similar to the Recipe for Love campaign, which it used before the BSE crisis. After the crisis, which peaked around 1996, the MLC focused on restoring consumer confidence, particularly in beef.

BMP developed a TV, press and poster campaign to back a quality standard for mince beef, which the MLC introduced to reassure buyers.

It originally abandoned its generic approach to marketing, with the strapline “Meat to live”, in 1994, instead promoting individual meats. But the MLC reverted to its blanket strategy as a result of the BSE crisis.