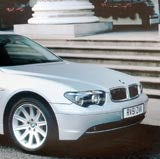 David Benady’s cover story (MW March 6) raised some interesting questions on the luxury goods market. However, the fact that BMW’s sales have fallen comes as no surprise to myself. BMW has built a formidable reputation for luxury, quality and desirability but in doing so it has made its cars ubiquitous.

When I recently announced my intention to seek a new car, my wife’s immediate response was: “You’re not having a BMW, because everybody has got them”. The suggestion of a Mercedes garnered a similar and only slightly less vociferous retort.

To test her opinion, I indulged in a little car-counting. Sure enough, I found that BMWs are ubiquitous on our roads. As such, they have arguably lost – or are losing – their “luxury” image. I would suggest that Mercedes could be on a similar road. Porsche, on the other hand, retains that “I could get one some day” cachet while still being a relatively rare sight. So it’s either luxury or ubiquity – it would seem that a brand cannot have its cake and eat it.

Tesco claims to have overtaken Boots as market leader in toiletries penetration, according to figures from Taylor Nelson Sofres showing that Tesco had 25.3 million toiletries customers in 2002/03 compared to Boots’ 23.5 million.

Bulmers is planning a massive push for its Strongbow brand this year, with a 68 per cent increase in the brand’s advertising budget, taking the spend to £8m. The blitz is an attempt to further bolster Strongbow’s leading position in the cider market. The move follows close on the heels of the appointment of Miles […]

The National Magazine Company’s Company magazine is to downsize. It will move from an A4 to American A4 format from its August issue, on sale in July.