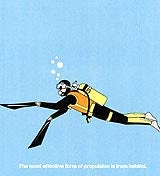 BMW has appointed a senior marketing executive at its South African office as UK managing director.

Jim O’Donnell, sales and marketing director of BMW in South Africa, will take up his post on June 1.

Before moving to South Africa, O’Donnell was commercial manager at BMW.

He was replaced by Paul Willis, who is now a director of German car giant Volkswagen.

BMW marketing director Phil Horton will report to O’Donnell, who will have overall responsibility for the car brand’s sales and marketing.

O’Donnell returns to the UK at a difficult time for the car company.

BMW was initially concerned that public perceptions of its proposed sale of Rover to Alchemy – due to completed this week – would damage sales.

In the same month – March – that BMW announced the sale of Rover, its share of car sales (units) increased by nearly 15 per cent month on month, although this then slipped back to little more than two per cent year on year, according to the Society of Motor Manufacturers.

There is speculation that the Quandt family, which owns half of BMW, will sell the group once the sale of Rover and Land Rover has been completed.