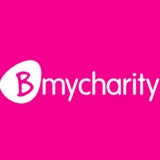 A Help for Heroes spokesperson says that while subtle Help for Heroes branding remains visible the decision to remove the bulk of its branding from the Bmycharity site was taken “to give the clear message that Bmycharity is not a Help for Heroes initiative” and is open for all charities to attract online fundraising without paying commission on donations.

The fundraising organisation says the move is to encourage other charities to use the service as they were being deterred by the Help for Heroes branding.

Help for Heroes stepped in to save the fundraising site from closure in March.

Help for Heroes chief executive Bryn Parry, said at the time: “We want to be sure that BmyCharity can continue to offer their free service to the charity sector. We are delighted to be able to partner BmyCharity in their fund raising efforts.”

The fundraising site operates a no commission service which allows supporters to donate their sponsorship money directly to their charity of choice with no extra costs.

The two organisations have merged under the company name Bmyhero.com.

Bmycharity was founded in 2001 and says it has raised more than £28m for charities.