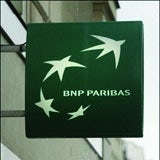 The campaign, created by CutWater, will be deployed in most countries around the world apart from France, where the Group says its brand awareness is already at 99% and where a new advertising campaign is soon to be introduced for its retail banking arm.

The corporate campaign will begin in November and continue throughout 2011. It comprises TV, billboard, press and online.

BNP Paribas says that by launching this campaign, it is lifting its communication efforts to a level “commensurate with other major global banks”.

The new campaign aims to demonstrate that the customer is, “more than ever”, the BNP Paribas’ focus.

It features the slogan, “Keep reaching”, in a bid to position BNP Paribas as the natural choice for aspirational customers.

The bank is to also adopt a new, more “consistent” visual identity to lift recognition.