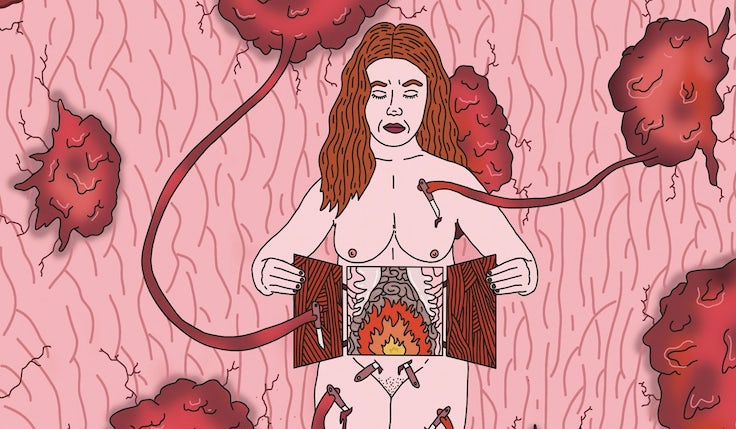 Bodyform is launching a campaign to showcase the plight of those suffering from endometriosis, as the brand steps up its strategy of highlighting hard to talk about intimate feminine issues.

Luciana de Azevedo Lara, global brand communications manager at Bodyform owner Essity, says the purpose of such campaigns and its “purpose as a brand is to break taboos holding women back”.

The ‘Pain Stories’ campaign, created by agency AMV BBDO, was born after research revealed 51% of women and 52% of men think period pain is something women should endure. It shares accounts from endometriosis sufferers, artwork and facts on the condition within a virtual museum, created by Ketchum London.

It showcases what women go through in a bid to raise awareness and encourage earlier diagnosis of endometriosis, a condition where tissue similar to the lining of the womb starts to grow in the ovaries and fallopian tubes, resulting in pain in the pelvic region.

Bodyform has also created ‘The Pain Dictionary’ using real descriptions from endometriosis sufferers. The tool will be distributed to NGOs and GPs and is designed to increase the rate of women being diagnosed with the condition.

One in 10 women suffer from endometriosis but it takes an average of seven years for a diagnosis, due to the perception of severe period pain being normal for women to endure. De Azevedo Lara says the brand has a “long-term commitment” to support women and break down some of these barriers around women’s health.

To date, Bodyform has launched campaigns including Blood Normal, Viva La Vulva, and Womb Stories to address the intimate and often unspoken details on feminine issues. The campaigns have won a series of awards at the Marketing Week Masters over the past few years.

How Bodyform took the ‘toxic shame’ out of periods

As part of its Project V commitment the brand has also pledged to support women worldwide and always represent them in a “real and authentic” way in campaigns going forward.

De Azevedo Lara says she is “extremely frustrated” for all women out there “suffering in pain for years” and for feeling they are not able to speak out and get the help they need.

“Our mission with these stories, with the Pain Dictionary and all the other tools we are deploying with this campaign, is to address the pain gender gap and to empower those women – who are half of society – and have them understand they should be asking for help if they’re experiencing that level of pain,” she says.

“This is just the start, as we said our purpose is to continue to take concrete actions and raise awareness to support women to break these old taboos.”

Bodyform’s recent campaigns have aimed to tackle the taboos around how women’s bodies are viewed in society, even when it faced bans and backlashes.

The feminine hygiene brand has ditched the well-known ‘clear blue liquid’ for a more realistic red colour in its latest ad campaign.