Bolland, who was previously the chief executive at supermarket chain Morrisons, has been released six months early from his 12-month contractual agreement.

In a stock market announcement today, the Morrisons’ board said that Bolland ceased to be a director of the company “with immediate effect”.

The board also thanked Bolland for his contribution to the development of the company.

Bolland’s remuneration is thought to include a £975,000 salary, a potential annual bonus of up to 250% of salary, and an annual award of shares under the company’s Performance Share Plan.

M&S will also pay Bolland £1.6m in cash and £1m worth of shares to compensate for bonuses and shares lost as a result of leaving Morrisons.

Bolland was revealed as the new chief executive of Morrisons on 19 December.

Last week, Morrisons appointed Dalton Philips to replace him. It is not yet known when Philips will join the chain.

By Mark Roy, one of the founding member of the Suppression Providers Alliance and chairman of the DMA Data Council

An online marketing database of business-to-business contacts has grown by nearly half with the addition of new data sources. 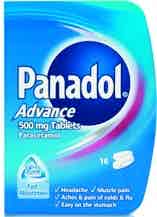 Panadol, the pain relief brand owned by GSK, is launching a television campaign to promote that it has been voted Pain Relief Product of the Year.