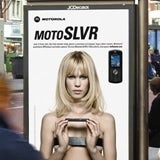 Mother could be handed more Motorola business after working with the handset manufacturer on the launch of its Red charity phone, according to one of the company’s most senior marketers.

Motorola’s vice-president and general manager of global marketing and communications Leslie Dance told Marketing Week that Mother had effectively won a place on the company’s roster by creating the campaign for the new MotoSlvr.

The mobile giant has been working with various agencies on a project-by-project basis in the past year but appointed Omnicom to handle its $100m (&£53.8m) global advertising business last month (MW April 6).

However, the relationship is not exclusive and the company said at the time that it would continue to work with other agencies, including 180 Amsterdam, which handled the launch of its Pebl phone.

“We have long admired Mother’s work from afar,” says Dance. “We have a ‘best ideas win’ culture and that’s why we have got the deal we have with Omnicom. There’s no reason why Mother can’t be part of that mix.”

The new handset has been launched to raise money for Red, an economic initiative set up by U2’s Bono to fight Aids, tuberculosis and malaria. Red supports the Global Fund for Aids, which will receive &£10 from the sale of each handset and a further 5% of call revenues. Mother won the Red account in February.