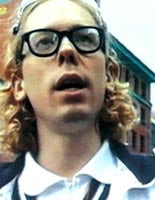 The collapse of Boo.com is a major blow to the ad industry. Building awareness by throwing money at advertising is not a substitute for creating a good brand reputation. If start-ups fail to learn from this mistake, funding will be threatened and agencies will face a massive loss in revenue, says Ian McCawley

The Internet shake-out has finally begun. As KPMG, liquidator to online sportswear retailer Boo.com, seeks a buyer for the failed business, the rest of the dot-com world is anxiously awaiting news of the fate of other start-ups.

This week, the Net world’s own news service Net Imperative has collapsed. Many more are poised to come crashing down as investors refuse to sustain further losses, and pull the plug on online start-ups.

None of the agencies which worked for Boo.com – ad agency BMP DDB, media buyer OMD and online media buyer and planner Quantum – will admit to being owed money after the collapse.

BMP DDB, which created Boo.com’s £15m ad campaign, refuses to comment on whether it is still owed money. OMD (sister agency to BMP) and Quantum were unavailable for comment.

But it is understood that agencies are protected from the worst effects of Boo.com’s demise through credit insurance, though sources say the Boo.com experience will force insurance companies to drive up these premiums for “pure play” dot-coms, making it too expensive to bother with.

It is clear that in future, dot-com start-ups will be required to pay ad agencies upfront as suspicion grows about whether they will be long-term players or go the same way as Boo.com.

One source says agencies with many “pure play” dot-coms on their books which have not demanded money upfront could be driven to the wall if the dot-com shake-out continues.

Charlie Dobres, chief executive of of i-level – not an agency unlucky enough to be associated with Boo.com – says: “You have got to have a hole in the head to take on a pure dot-com client without asking for money upfront.”

He says that many agencies in the “land grab” for dot-com clients haven’t looked closely at business plans and many could get their fingers burned. “I feel sorry for them but they were a bit silly,” he adds.

But Rick Sareen – a partner at new media agency Media 21, which has just been bought by Grey’s online division Beyond Interactive – says the demise of Boo.com has not shaken his faith in dot-coms. “I don’t see this as bad news if a badly run business goes bust,” he says. He compares it to the situation in the Eighties when in the middle of the retailing boom, Sock Shop went bust, “but no one thought retailing was going down the pan”.

Comparisons to the Eighties retail boom do seem appropriate. Retailers suffered deeply in the early Nineties after the champagne excesses of the previous decade, an experience which has re-written the economic history of shopping across the globe.

The ad industry has ridden high on the boom from online ad spending over the past year, as it did from the retail boom, but the recent experience may make ad agencies think twice about their relationships with dot-coms.

Boo.com launched in April last year with a budget of £80m. It served 18 countries with offices in London, New York, Munich, Stockholm, Paris and – since January – Amsterdam. Its founders Kajsa Leander and Ernst Malmsten, who called in liquidators last Wednesday night, refuse to comment to Marketing Week. Boo.com’s 300 staff face an uncertain future.

Boo.com reputedly burned $1m (£625,000) per week. Average salaries were reported to be £50,000. The company finally collapsed when shareholders rejected appeals for another £20m to keep it going.

Senior management has been widely blamed for being extravagant and arrogant.

One former employee, who does not wish to be named, claims Boo.com’s top brass “spent money like water”.

He says: “There was a lot of partying, drinking and business-class trips to the best hotels. They didn’t do any economising at all.

“The worst thing was that three months ago they said the money situation was fine – then sent an e-mail around to say it wasn’t.”

The source adds a lack of communication between departments prevented any coherent strategy being drawn up during Boo.com’s 13-month life span. He adds: “Every department was running in its own direction. The senior management would be told about a problem, but create four more by trying to expand too quickly.

“We were selling a mish-mash of goods, from extreme fashion to practical sportswear. We never managed to sign big labels such as Nike and Adidas, so there was obviously something wrong.”

The source believes the best Boo.com and its staff can hope for is to be bought out by a high-street retailer such as Marks &amp; Spencer.

He adds: “I’m still pro-Boo.com. It’s a great place to work and I hope someone can make it a going concern under the established name.

“But it’s more likely it will be bought as a technological platform and set up under another name.”

Co-founder Patrik Hedelin, who initially controlled Boo.com’s finances, moved to a non-executive position within the company last year, saying he wanted to spend more time with his family.

Start-ups are hoping to learn from Boo.com’s harsh lesson. Darryl Bowman, marketing director of retail search engine hoojit.com, which launches on June 1, says: “We will be developing our product across Europe – but not until it is proven in the UK. I’m not sure consumers even notice if you throw millions of pounds at advertising new dot-coms. It’s no use having brilliant ads if consumers don’t know what you’re selling.”

Chello is believed to be among 30 companies which have contacted KPMG about buying Boo.com. Opinion is split over the consequences of liquidation for the Boo.com brand.

Some people believe a high-street fashion retailer would be able to turn the brand round by building on the existing customer base and brand equity.

But one observer says: “Consumers were confused by Boo.com’s advertising and didn’t know what it sold. But Boo.com could also have a stigma attached because it has gone bust.”

One analyst says investors will start asking tough questions before committing money for further funding: “Investors will want to see profits a lot sooner. People can’t write an idea for a dot-com on the back of a beer mat any more.”

Observers feel the next few months will bring a major transition in e-commerce, and online clothing brands in particular will struggle.

Traditional high-street brands will find it easier to make the transition from brick to click.

Matthews says: “Gap has been successful at doing it in the US, while companies such as dressmart.com [the menswear e-commerce portal] could be the next to struggle. Building brands by throwing money at advertising is not as successful as building a good brand reputation. The cost of acquiring customers from advertising alone is high.”

According to accountants PriceWaterhouseCoopers, the majority of established UK dot-coms will be forced to seek secondary funding – which may not be forthcoming after Boo.com’s crisis.

Matthews says: “Of Boo.com’s backers, I think JP Morgan has egg on its face at the moment and Bernard Arnault won’t want to make the same mistake again. Benetton will have learned from this and will be more cautious about taking its own brand online.

“Capital funds are being closed to business-to-consumer dot-coms. Anyone needing to raise capital or refinance will go into private equity – but they are running scared as well. They are trying to sort the wheat from the chaff.”

The collapse of Boo.com is a major blow to the advertising industry.

Agencies of all sizes have pitched for dot-com businesses every week for the past six months.

Vital lost revenue for some agencies

But the collapse of big name start-ups and the investment squeeze could make agencies’ earnings sheets look unsteady.

Matthews adds: “If dot-coms start going to the wall, it will look like a big space on agency revenue stream.

“New media accounts have been the news in the industry for the past nine months. But how many of the agencies have had their fees paid?”

Above-the line online and digital media agencies will watch nervously to see if the dot-coms honeymoon is over. If more go to the wall, it could mean vital lost revenue for some agencies. The fall-out from Boo.com’s demise will inspire fear in London’s media community and may put pressure on new media agencies, as well as damage established ad agencies.