It’s the time of year when the housing market is expected to pick up as spring traditionally sees a surge in buying and selling, however property data from Experian reveals that 12.1% of all UK properties coming onto the market now cost in excess of £500,000, while 37% of people cannot afford to buy property in the area in which they live. That figure rises to 54% in London.

As house prices accelerate far ahead of wage and employment growth, marketers targeting UK households must refine their communications to account for the substantial number of young adults returning from university to live with their parents – the ‘Boomerang Boarders’.

The classification is drawn from Experian’s segmentation tool Mosaic, which condenses over 850 million pieces of information to divide the populations into 15 categories and, within these, 66 prevalent types of consumer. A Boomerang Boarders household is defined as “long-term couples with mid-range incomes whose adult children have returned to the shelter of the family home”.

Experian calculates that there are around 1.56 million Boomerang Boarders in the UK and that this group has grown in recent years as a consequence of the recession, rising property prices and the fall in young people buying homes. Brands are urged to take note of these consumers given their relatively high disposable income and money saved through living with their parents.

Richard Jenkings, lead consultant at Experian, also argues that brands should adjust their strategies to account for the growth of “multi-generational households” in which purchasing decisions are increasingly shared between parents and their adult children. “Marketers can tap into that by pitching for that collective decision making,” he says.

Jenkings believes that the economic conditions that have facilitated the growth of Boomerang Boarders as a demographic group will continue for the foreseeable future.

“There was a steady increase in owner-occupation throughout the postwar period for a variety of reasons, but in the last 10 years it has run in the opposite direction, which is quite a major change,” notes Jenkings. “It’s partly because we haven’t built enough houses and partly because first-time buyers have found it increasingly difficult to afford.”

Experian defines Boomerang Boarders as primarily young adults who have returned home after studying at university or college. Unable to get on the property ladder, this option allows young adults to save for a mortgage deposit while also contributing to the overall household income. 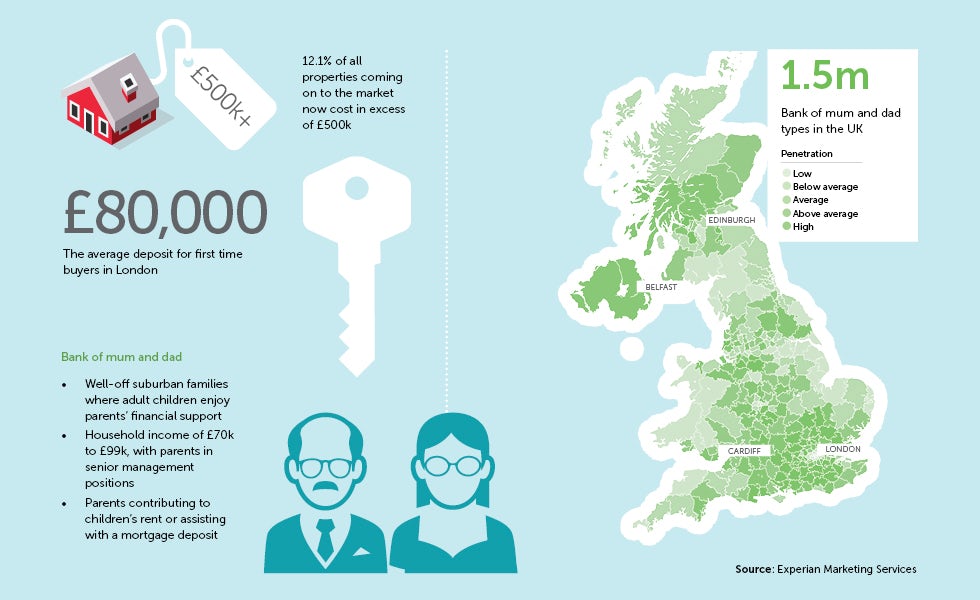 The Mosaic breakdown claims that Hempstead Valley in Kent is the UK town with the highest proportion of Boomerang Boarders, followed by Ormskirk in Lancashire, Basildon in Essex and Bexleyheath in London. Parents are likely to be aged 56-65 and on a mid-range incomes of £40,000 to £49,000. They typically live in suburban three- or four-bedroom homes that they have occupied for over 10 years.

Jenkings believes that marketing aimed at households will have to become more nuanced if it is to cater for the presence of different adult generations. He claims, for example, that many furniture retailers promoting their Bank Holiday sales tend to appeal to families as collective decision makers, rather than to individuals within the family.

“You see it in some TV ads where there is a dialogue between different generations,” he says. “But in a lot of ads it’s still a bit archetypal – advertising never quite seems to catch up. The imagery used or the family situation always seems a little stilted, but I think we’re beginning to see some [brands] trying to represent different types of households in their adverts.”

Experian identifies a separate consumer classification named ‘Bank of Mum and Dad’ that has emerged as a result of the challenging economic climate facing young adults. According to Mosaic, this classification refers to “well-off families in upmarket suburban homes where grown-up children benefit from continued financial support”.

In such cases parents are likely to be aged between 46-55 with a household income of between £70,000 to £99,000, sometimes significantly higher. The report suggests that mortgages are nearly paid down in these households and that parents are in a position to directly pay towards their children’s deposits on their own homes.

It claims there are around 1.5 million people within the Bank of Mum and Dad group in the UK, with Camberley in Surrey the most likely UK town to host them. This is followed by Sutton Coldfield in Birmingham, Brentwood in Essex and Bracknell in Berkshire.

“In truth there’s a spectrum of the population whereby many households would help their kids,” admits Jenkings. “But the Bank of Mum and Dad are the most extreme example – the ones who are in a better position to help. If you’re a marketer it’s good to be able to pick people out and know who you’re pitching to.” 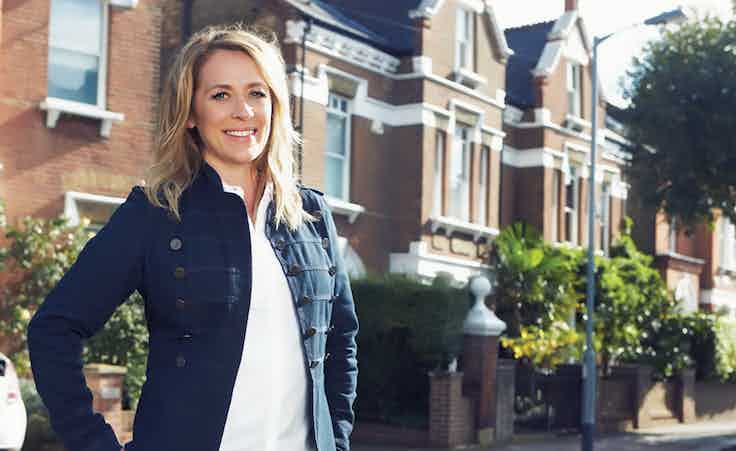 With the rise of online agents like Purplebricks and Tepilo and the dependence on portals such as Zoopla and Rightmove, selling a house is the next established industry to be disrupted by digital, but traditional estate agents are fighting back.

EasyGroup has launched a £5m marketing campaign to back the launch of the latest extension of the recognisable orange brand, digital estate agent easyProperty.com. 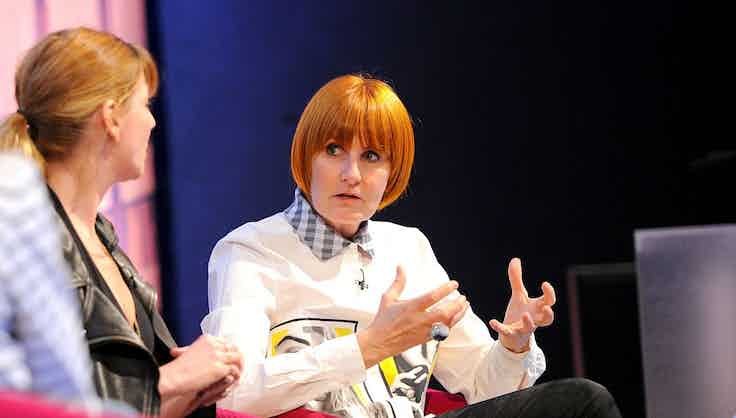 Local community spaces combined with ‘some retail’ will be the high street’s destiny according to the ‘queen of shops’, who says retail brands must provide bespoke experiences in each location.