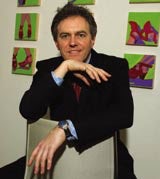 Online advertising is set to overtake national newspaper spend this year, after the 2005 online figure in the UK leapt to &£1.47bn, an increase of 66% on 2004.

The bullish forecast comes as the Internet Advertising Bureau (IAB), PricewaterhouseCoopers (PwC) and the World Advertising Research Council reveal that 7.8% of total UK ad spend for 2005 went on the internet.

IAB chief executive Guy Phillipson says: “These figures surpassed our expectations. To see such a massive increase is testimony to online’s strengths as a medium to reach mainstream audiences. Our next milestone is &£2bn – a real possibility within the next 12 months, which would make online bigger than national press.”

Without online, the total UK ad spend for 2005 would have fallen by &£200m year-on-year, the IAB claims. But the market as a whole, including online, actually saw a 2.5% increase.

The IAB/PwC figures for 2005 also show that online is more than twice as big as radio (&£614m) and well ahead of consumer magazines (&£827.1m) and outdoor advertising (&£896.8m). National newspaper advertising was still ahead in 2005 with &£1.9bn, but could well be overhauled by online this year.

Key drivers for growth in online ad spend include the massive increase in broadband take-up in the UK and the online retail boom.

According to the Interactive Media in Retail Group, UK consumers spent &£19.2bn online in 2005, 32% more than in 2004. The IAB also points out that sophisticated online advertising creative techniques and the ability to track response rates are delivering increased return on investment and encouraging advertisers to spend even more.