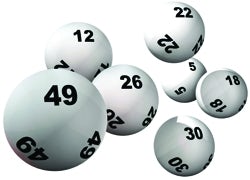 The negative publicity surrounding the £20m launch campaign for Richard Desmond’s Health Lottery in September hasn’t stopped the subsequent introduction of prize draw-style promotional campaigns by major brands, including Morrisons, EDF Energy and Halifax all hoping these will be a winning ticket when it comes to customer loyalty.

Despite having already distributed over £2.4m to health-related causes, according to head of marketing Sarah Tinsley, the Health Lottery has been criticised and scrutinised by competitors, commentators, regulators and charities.

One source of provocation is that founder Desmond is the proprietor of the Daily Express and Star newspapers and owns Channel 5, which has resulted in both editorial and advertising presence on these platforms.

The Advertising Standards Authority is investigating whether front page stories in Desmond’s daily titles about the new lottery were advertising rather than editorial. More importantly, National Lottery operator Camelot claims that the Health Lottery’s structure is in breach of legislation (see Under Investigation, below).

However, Tinsley claims there is no such thing as bad publicity, as unprompted awareness of the Health Lottery among consumers now stands at over 30%. “Some of the negative publicity we have been receiving is perhaps understandable, given our proprietor. The coverage has not all been good but it has all had a positive impact in terms of sales performance,” she says. 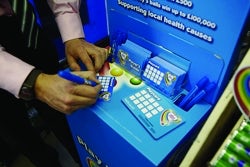 Desmond claims his prize draw will bring £250m more revenue into the lottery market this year and raise £50m for health causes, but several charity bodies have called on retailers to stop selling Health Lottery tickets. They claim it will take market share away from other charitable lotteries while donating only a fraction over the statutory minimum of 20% of ticket sales to good causes.

“Our intention is to grow the market,” affirms Tinsley. “We would not have been able to get the support of multiple grocers and retailers had they not believed in us, in terms of growing the overall category through introducing new players to the market.

“The retailers can testify to the fact that we have grown the market and there has been no effect on Camelot’s sales.”

However, Tinsley’s claims are unverified, according to Camelot, because it has not published its sales figures since the launch of the Health Lottery.

But it is the smaller lotteries, such as those run by charities, which tend to donate more to good causes. Age UK, for example, invests 58% of monies raised by its lottery to its own causes, compared with 20% of Health Lottery cash and 28% of National Lottery revenues.

Age UK, however, claims that its prize money is not what attracts consumers to take part. Myles Edwards, sales and marketing director of Age UK Enterprises, says: “I would not really see us in direct competition with anyone. It is really more about people supporting the cause.” 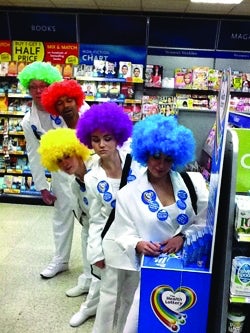 And while the Health Lottery is seeking to compete with the National Lottery by virtue of its larger prizes for matching three or four out of five balls, Age UK’s prizes are much smaller.

Meanwhile, children’s charity Barnardo’s runs an online lottery with a top weekly prize of £1,000, rising to £5,000 three times a year. Rather than buying a single ticket, players subscribe on an ongoing basis for £1 a week.

Director of fundraising Martin Field says: “We see our lottery as doing two things – raising funds in a way that seems to be increasingly popular with some donors, but also telling more people about what we are doing and the vital difference that their support makes.”

For charity lotteries, the game is a means rather than an end. It represents a more entertaining and interactive way to support the causes. But lotteries appear to be getting more popular in general.

National Lottery sales across all its games and scratchcards grew year-on-year by 6.8% in the 12 months to March 2011, reaching their highest ever level of over £5.8bn.

And the controversy surrounding the Health Lottery has not put off the operators of the recently launched Carbon Lottery. Registered and regulated in Malta, the game is subject to different operating conditions from UK-based lotteries, but is still targeted mainly at the UK market.

Tickets cost £2, compared with £1 for both the National Lottery and Health Lottery, and 25% of each ticket goes to fund six carbon offsetting projects across the world.

Being a start-up with little capital, the Carbon Lottery’s prizes are effectively insurance payouts. A portion of the ticket price funds a premium paid to Lloyd’s of London, which underwrites the prize money.

It is also seeking corporate sponsors and head of marketing David Allardice believes the lottery would be a useful brand association for ethically motivated companies with a reason to promote offsetting, such as a retailer or airline. He says: “We have put irons in the fire with a lot of the low-cost airlines.”

In addition to the Carbon Lottery’s business-to-business marketing, Allardice says that two main consumer groups are being targeted as prospective players – “gamers” and “greenies”. 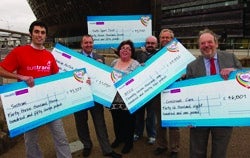 The €4m (£3.4m) jackpot attracts those playing purely for the prize money, while the lottery also acts as an incentive mechanism for those who are predisposed to the idea of supporting carbon offset schemes as opposed to other causes, but who might never have proactively done so.

According to Gregor Paterson-Jones, chief executive of green investment company Sterling Waterford, which backs the Carbon Lottery, the vast majority are likely to choose to play a lottery primarily for the prize money. He says 50,000 to 100,000 players are eventually expected to buy between two and four tickets a month for the Carbon Lottery.

As well as fully regulated lottery games, where customers buy a ticket specifically to play for a prize, a host of brands have recently adopted lottery-style rewards for customers.

Supermarket Morrisons ran a competition for two weeks in October called Morrisons Millions, where till receipts contained randomly generated numbers. By entering these on a website, customers could find out if they had won cash prizes up to £2m. Last week, chief executive Dalton Philips credited the initiative with helping to boost like-for-like sales by 2.4% during the third quarter.

Similarly, EDF Energy is sending ’thank yous’ to its customers in the form of draw numbers on their bills. These correspond to prizes that include Olympic VIP packages, tickets to popular attractions and gift vouchers.

EDF consumer marketing director Martin Stead says the programme “serves to differentiate EDF Energy from other suppliers, both for new and existing customers”. With its Olympics-related prizes and the imagery of the accompanying ad campaign, EDF is also linking the initiative to its sponsorship of London 2012.

Market research carried out by Halifax certainly confirms the prize draw is a popular concept. Like EDF, the bank is rewarding customers through apparent random acts of kindness by running a prize draw for savers with over £5,000 in qualifying accounts. Each month, over 1,000 savers are selected to receive cash prizes up to £100,000.

Halifax director of savings Simon Kenyon says the draw is intended as an incentive to deposit more in their accounts, “challenging market norms and reigniting a savings culture in the UK”.

He adds that 8,000 people a day are registering their accounts to be part of the draw with the total now over 250,000.

But that also means the chances of winning a prize are progressively shrinking, and critics suggest the competition is a way of diverting attention from low interest rates on savings accounts. Kenyon denies this, calling Halifax’s rates “competitive”.

EDF, meanwhile, has recently raised its prices in line with the rest of the energy market. EDF’s Stead claims the company offers “the lowest standard dual fuel prices, on average, of any major energy supplier”, yet it is clear that when launching a lottery or prize draw promotion, a company’s motives are likely to be questioned.

Both formats play into the current trend towards attracting customers with game-like rewards for taking specific actions. But businesses must also be careful – if customers do not feel like they are winning, the game could quickly seem like a gimmick, or worse, a tactic to distract them from a brand’s less honourable intentions.

The Health Lottery: Under Investigation

In October, National Lottery operator Camelot wrote to the Gambling Commission asking it to investigate the legality of the Health Lottery, which is run through 51 separate society lotteries. Each society lottery takes a turn in running the prize draw, then funds are distributed to each society’s local area by a centralised body called the People’s Health Trust.

According to the Gambling Commission, the Gambling Act requires that each society lottery be promoted individually, but Camelot contends that the Health Lottery is in fact promoted as a single entity. Unlike the National Lottery, which was set up through legislation dedicated solely to that purpose, the society lotteries making up the Health Lottery are exempt from paying lottery duty to the Treasury, which stands at 12% of ticket sales.

Camelot argues that all these local societies have the same directors and registered office and the national marketing does not make it clear which of them is running the Health Lottery draw in a given week. It also claims that the Health Lottery is effectively a commercial venture and that this too falls foul of the law.

National Lottery marketing director Richard Bateman says: “We always welcome fair and vigorous competition. However, we do expect all competitors to play within the rules. We have reservations about any attempt to commercialise society lotteries in ways that appear to cut across the spirit and the letter of both statute and regulation.”

She claims to have no concerns about the Gambling Commission’s investigation because the Health Lottery is fully licensed and has been operating under that licence for over a month. “We are working within the obligations of the law,” she adds. 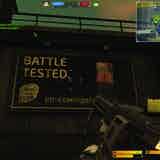 WPP is to maintain its minority interest in digital shop InGameAdvertisng (IGA) after participating in a second round of financing. 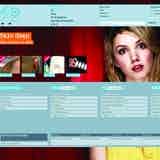 Channel 4, YouTube and Microsoft are the first UK publishers to launch trials of an ad format that lets viewers pick which ad they want to watch from multiple brands ahead of video-on-demand content. Read full article here.