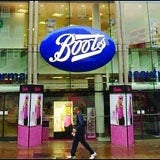 Boots is the brand that UK consumers believe best “promotes and supports family values”, according to YouGov’s FamilyBrands report.

M&S fell to 6th place which the report attributes to a drop in advertising for its Plan A sustainability strategy.

The report found that the Supermarkets have dropped down in consumers’ estimation as family brands, as Morrisons and Sainsbury’s dropped out of the Top 10 and Tesco fell four places to 17.

Waitrose is the only supermarket that moved up the ratings to 8 and The Co-operative maintained its spot in second place.

Cadbury has also fallen out of favour with Britain’s families dropping out of the top 10 to 16, which the report says is “clearly a reflection of the ’Kraft effect’ following the hugely unpopular takeover”.

Facebook has moved up the rankings from 69 to 43 demonstrating how the social network is viewed as “the place to stay in contact with friends and family”.

Fairy (3), Warburtons (4) and Tetley (8) all moved up the rankings, boosted by nostalgia campaigns which have positioned the brand at the heart of family life.

NatWest is the most improved brand in the study moving up from 82 to 45 following the launch of its “Most Helpful bank” campaign in June.

The report, in association with advertising agency Isobel, is in its second year, and polled 1500 adults in October.