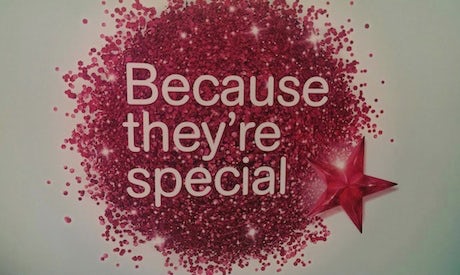 Launching on Monday (22 September) in 24 stores ahead of a wider roll-out next week, stores will be revamped with Christmas gifting areas that include new furniture and lighting and more “emotive language”. It is also launching more premium gift ranges with brands such as Jack Wills as well a more premium own-brand, Florence Anne, named after its founder’s wife.

A “star” theme will run across the campaign with a marketing message “Because they’re special” that will be used in print, TV, outdoor and digital activity.

Mike Bradshaw, Boots’ head of instore marketing, tells Marketing Week that the retailer previously had a “launch it and leave it” attitude to introducing new ranges or events such as Christmas but that is looking to shift that to “launch it and love it”. The plan is to change how products are displayed through the festive period to respond to different customer needs.

The shift comes following feedback from customers who told the retailer they didn’t like the way Christmas products and gift sets were displayed on gondolas and in piles around the store. While Boots positions itself between the supermarkets and department stores, customers said they found the experience last year closer to the grocers.

That resulted in weaker-than-expected sales over Christmas. Bradshaw says that while sales were “OK” last year the retailer could have done better..

“We want to encourage people to reappraise the Boots offer. We have been a bit similar year on year, we want to show that we making a massive change in the way we bring gifts to people, the way our ranges are constructed and the way we present them in store and on other channels,” he says.

The website will also be getting a revamp to reflect the in-store messaging and Boots is launching a new “gift advisor” tool that will offer guidance on what to buy based on factors such as the recipients age and sex. The printed gift guide has also been given a revamp to offer more ideas, rather than just a list of products, and Boots will also be launching an “inspiration guide” for the first time as a different way of presenting its products.

Bradshaw says the changes are just for Christmas at the moment, although he will look at how certain aspects could be incorporated into its gifting offer during the rest of the year.