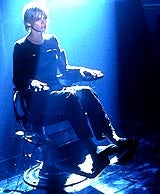 Boots is repositioning its Egg-managed Advantage credit card. It will offer more incentives and rewards to its predominantly female customers.

Customers who are approved for a card from now on will receive 1,000 Boots Advantage points, worth &£10. Further deals are currently being discussed.

But the retailer has also chosen to turn the main focus away from its low interest rate, initially seen as a selling point. The card’s annual percentage rate (APR) will rise from 10.9 per cent to 12.9 per cent.

The majority of Advantage card customers are female, although the company declines to give out specific information. Research by Boots has found that female customers are less concerned with APR than they are interested in incentives tied in with spending.

The move differentiates the Advantage card from the Egg credit card, which will remain a “no frills” option with a lower APR of 11.9 per cent. Most Egg credit card customers are men who, research also shows, cite low APR as the main selling point for credit cards.

The Boots Advantage card was launched in October last year. Customers get one Boots point for every pound they spend in any shop, and they gain extra points for using the card in Boots.

Vibrant Media, a new media company which provides content from publishers and sells advertising space on articles to companies targeting specific audiences, has been launched by two of AOL’s e-commerce chiefs. Chief executive Douglas Stevenson, and co-founder and chief operating officer Craig Gooding, were both formerly heads of e-commerce at AOL (Europe). Content providers for […]

Not wishing to sound pious, the Diary is rather disturbed by the latest attempt by marketers to capitalise on people’s personal hell. Brookman, divorce lawyers, has given the thumbs up to Islington ad agency Joslin Shaw for a hard-hitting poster campaign aimed at couples on the edge of a marital breakdown. Ads featuring images of […]

Last week’s demise of IPC’s Nova came as a shock. But it was also a warning to publishers that good content does not guarantee success.