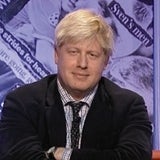 Boris Johnson is to become an ambassador for Liverpool, the city he famously apologised to in 2004 when he denounced Liverpudlians for being “hooked on grief” in the wake of Ken Bigley’s murder in Iraq.

He will promote the city’s status as the 2008 European Capital of Culture as part of its national consumer campaign, after research revealed significant amounts of misinformation surrounding the city.

The Conservative MP is one of a number of celebrities signed up by event organiser The Liverpool Culture Company to promote the city and its people. Liverpudlians Cherie Blair and Ken Dodd have also signed up to the “08 Ambassador Programme”, along with the Duke of Westminster and members of the Liverpool and Everton football teams.

Kris Donaldson, The Liverpool Culture Company’s marketing director, says the ambassador programme is part of a push to promote Liverpool nationally and internationally.

It follows local and national advertising campaigns, created by Liverpool-based agency Finch, which have broken this week.

The national campaign is “educational”, while local work will act as a “call to action” for citizens to get involved.

However, the bulk of Liverpool’s marketing activity will break next year, when the city celebrates its 800th anniversary.

Finch scooped the creative account after The Liverpool Culture Company ended a short-lived relationship with Manchester-based agency Cheetham Bell JWT. Donaldson refused to comment on the reasons behind that split, but denies speculation that there was a local backlash against selecting an agency from Manchester.