This Christmas was yet another record year for spending in the UK, although economic warning signs perhaps slowed the rate of spend and certainly that of credit.

APACS, the UK payments association, last week revealed that spending on plastic in the UK reached £32.2bn in December 2007, a 4% increase on the year before, albeit the slowest year-on-year increase over the same period for four years.

That increase was due to the rise in spending on debit cards, which grew by 6.8% to £20.9bn; credit card spending fell for the second year in a row. This trend, says APACS, highlights what it has been seeing over the past few years with people increasingly opting to use their debit card rather than credit, reflecting that people are thinking more carefully about whether they can afford to borrow.

Yet, as a report from the Personal Finance Research Centre commissioned by Standard Life shows, credit is still crucial to many consumers.

The research project was undertaken to understand better why people borrow, and how borrowing could be mitigated or even avoided at three life-stage groups: young adults, people in the family years and people in their post-family years. It involved primary analysis of eight focus groups comprising people at these different life stages, and was supported by a review of the existing literature, secondary analysis of national survey data and a workshop with experts in the field.

About three-quarters of the population have some form of credit facility, although only half are active credit users. And, although this proportion has remained relatively stable in recent years, the amounts owed by credit users have increased; there has also been a shift away from the use of credit tied to a particular purchase in favour of sources, like credit cards, that can be used more widely.

A change in income – particularly following job loss – was related to credit use and had a stronger effect than income itself.

Credit use was common among people with modest levels of savings (between £3,000 and £5,000) even once the influence of other factors such as income was taken into account. Far from being irrational, borrowing serves to protect the “safety net” that modest savings provide.

Attitudes towards spending, saving and borrowing were important for explaining who was likely to be a credit user, and especially a heavy credit user. People were much more likely to be credit users if they were impulsive, preferred to use credit than to save, or lived for the day.

The research provides new evidence that the distinction between consumers’ needs and wants is not clear cut. Among young adults, in particular, there was clear evidence of routine borrowing for everyday spending for discretionary purposes, although it may not have been perceived as such. For them, borrowing for wants and needs were virtually indistinguishable.

Pre-requisite borrowing to buy a home or to fund further or higher education was seen as a legitimate form of financial investment. But some people were borrowing far more than they needed for these purposes.

In the context of a highly competitive credit market, it is perhaps not surprising that factors associated with the supply of credit – such as the perceived ready availability and cheapness of borrowing – made borrowing attractive.

Across the life stages, borrowing behaviour often reflected the rising expectations of living standards and wealth born out of increased prosperity in the UK in recent years, as well as the social pressures of a ‘want it now’ society.

Among young adults in particular, credit use was a way of life and seen as socially acceptable. The increase in demands on finances for large and legitimate expenses, such as home ownership and higher education, were central to a shift in norms for young adults and people in the family years, compared to older generations.

Among young adults, the perception of credit as “money” predominated. Higher education students tended to see credit as a legitimate form of income and believed they had a “right” to this money. Among a minority of other young adults, there seemed to be a perception that credit was someone else’s responsibility and could be spent frivolously.

Against a backdrop of widely available credit and a pervasive consumer culture, there was clearly little desire or perceived need among borrowers to cut back on spending or go without, nor was there a motivation to reduce levels of borrowing.

There was also a sense of impatience: people did not want to wait and save up. It was, however, accepted that avoiding credit use would be difficult among lower-income families.

The last year has seen increased levels of public concern over personal borrowing and debt. This is reflected in the extent to which these issues, together with financial advice, education and exclusion, have risen rapidly up the public policy agenda. The challenge for policy makers, as well as financial institutions, is how to respond to these concerns. 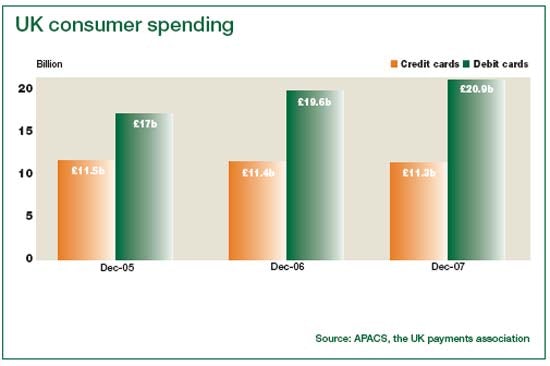 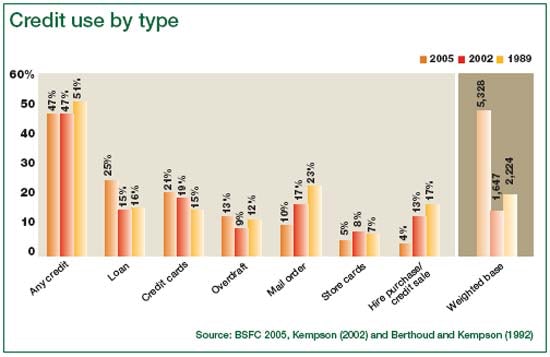 At the IAB we have the exciting job of representing the industry in all aspects of online advertising, from e-mail to search, affiliates, display, e-commerce and, more recently, IPTV, social networks and mobile. In fact, the list is so extensive that I could use this 500-word introduction to wax lyrical about them all. However, this […]

An advert showing Kerry Katona tied to her husband in a straightjacket has come under fire for ridiculing mental illness. The Advertising Standards Authority (ASA) has received three complaints about the poster ad for her new reality show Crazy in Love and is considering whether to investigate. Crazy in Love, which will be shown on […]

Online travel and leisure retailer lastminute.com has appointed former Levi’s marketer Julie Davidson as UK marketing director, in the midst of an advertising review across all its brands. Lastminute.com is reviewing its advertising as part of a move to consolidate its £4m advertising and digital accounts (MW January 17). This latest appointment also comes as […]